Nov 25, 2019 8:56 PM PHT
Agence France-Presse
Facebook Twitter Copy URL
Copied
Tech giants including Google and Twitter have criticized the law, as have activists who fear it could stifle online dissent 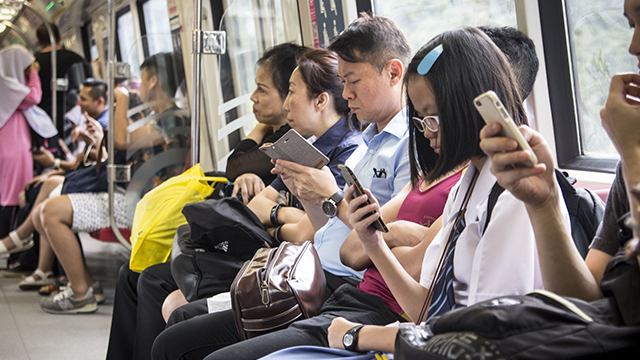 The legislation, which came into force last month, gives government ministers powers to order social media sites to put warnings next to posts authorities deem to be false, and in extreme cases, get them taken down.

Tech giants including Google and Twitter have criticized the law, as have activists who fear it could stifle online dissent, but the government insists the measure is necessary to stop the circulation of damaging falsehoods.

Brad Bowyer, a member of opposition group Progress Singapore Party, was ordered to correct a November 13 Facebook post in which he questioned the independence of state-linked investment vehicle Temasek and sovereign wealth fund GIC.

It came as speculation mounts that a general election could be called within months, although a weak and divided opposition is seen as no match for the long-ruling People’s Action Party.

The government’s fact-checking site said authorities do not control the investment funds’ commercial decisions: “The government does not influence, let alone direct, the individual investment decisions made by Temasek and GIC.”

The statement, published alongside a screenshot of Bowyer’s post stamped with the word “false” in red, corrected what it said were falsehoods and accused him of seeking to “smear the reputation” of the investment funds.

Bowyer – a naturalized Singapore citizen originally from Britain – issued a “correction notice” to his original post, which directed readers to click on the link of the government website for the “correct facts”.

Bowyer said he had no problem following the request but vowed not to be intimidated: “A responsible and vocal citizenry is as much a vital part of our democratic nation as is a responsible and listening government”.

He used to be a member of the People’s Action Party but recently joined the Progress Singapore Party, a new opposition group backed by the prime minister’s estranged brother. – Rappler.com