Thousands of sheep feared dead after vessel capsizes off Romania

Nov 26, 2019 12:07 AM PHT
Agence France-Presse
Facebook Twitter Copy URL
Copied
The disaster led to renewed calls for a ban on the controversial sea transport of livestock 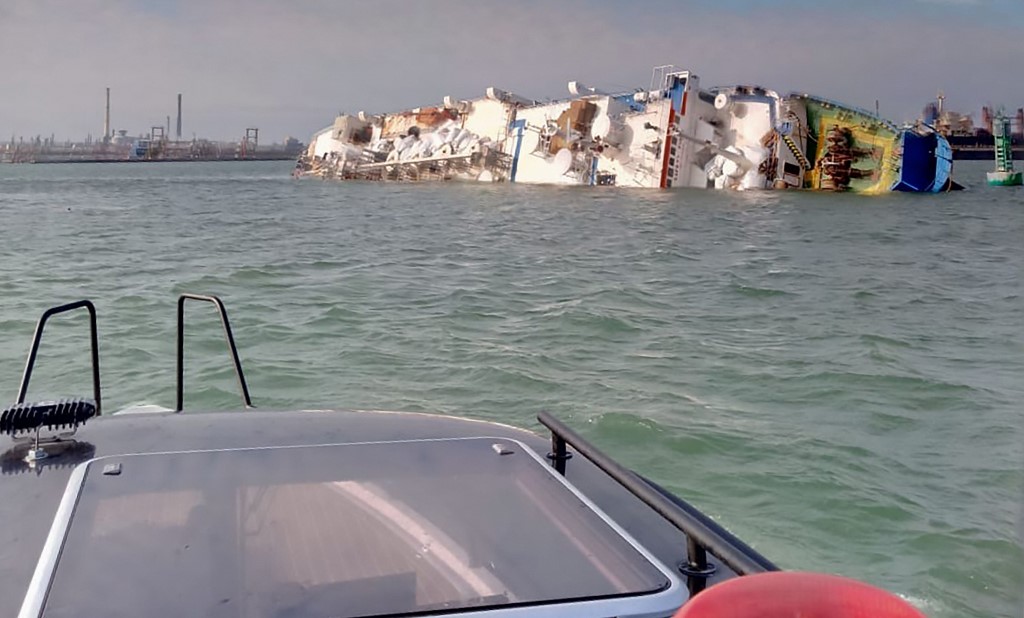 BUCHAREST, Romania – Thousands of sheep were feared dead Monday, November 25, a day after a vessel carrying almost 15,000 of them overturned off the Romanian coast, leading to renewed calls for a ban on the controversial sea transport of livestock.

The Queen Hind, bound for Saudi Arabia with 14,600 sheep aboard, capsized on Sunday for as yet unknown reasons shortly after leaving Midia port on the Black Sea in eastern Romania.

The crew– 20 Syrians and one Lebanese national– were rescued along with 32 sheep.

Rescuers on Monday continued to try to tilt back the Palau-flagged vessel and tow it to the dock less than a kilometer away, battling stormy weather and rough seas.

No one has been able to board the vessel and check its hold but photos and video footage distributed by rights group Animals International showed bodies of sheep pressed against openings along the side of the ship and dozens floating in the sea near the ship.

“Today we are trying to eliminate the cargo on the upper deck (bales of fodder) to reduce the weight of the ship and put it back in a floating position to tow it to the port,” spokeswoman for the rescue services, Ana-Maria Stoica, told AFP.

She said once this was done, rescuers would be able to extract the sheep. “We hope that some of them are still alive,” she added.

Mihaita Gheba, chief of the local veterinary authority, said the dead sheep would be burned while surviving ones would be returned to the breeder.

Romania, which joined the EU in 2007, is one of its poorest members.

It is the bloc’s third-largest sheep breeder after Britain and Spain, and a top exporter, primarily to Middle Eastern markets.

Romania’s main livestock breeders and exporters’ association, Acebop, has called for an urgent investigation, saying it is “shocked by the disaster”.

“If we cannot protect livestock during long-distance journeys, we should outright ban them,” Acebop president Mary Pana said in a statement late Sunday.

Acebop has previously called for legal changes that would oblige transporters to improve conditions aboard livestock carriers.

Gabriel Paun of NGO Animals International has also urged a probe “without delay”, alleging that the ship had been overloaded.

He added that the Queen Hind had already had engine problems last December.

Activists have labelled the livestock transport vessels about– 100 of which leave Midia every year –”death ships”, saying sheep risk being cooked alive on board during the hot summer months.

In July, Vytenis Andriukaitis, the then European commissioner in charge of health and food safety, demanded that Bucharest stop the transport of 70,000 sheep to the Gulf, citing animal welfare.

He has asked the European Commission to investigate Romania’s practices.– Rappler.com