Nov 26, 2019 6:55 PM PHT
Agence France-Presse
Facebook Twitter Copy URL
Copied
Judge Ketanji Jackson says in the decision, 'No one, not even the head of the Executive branch, is above the law' 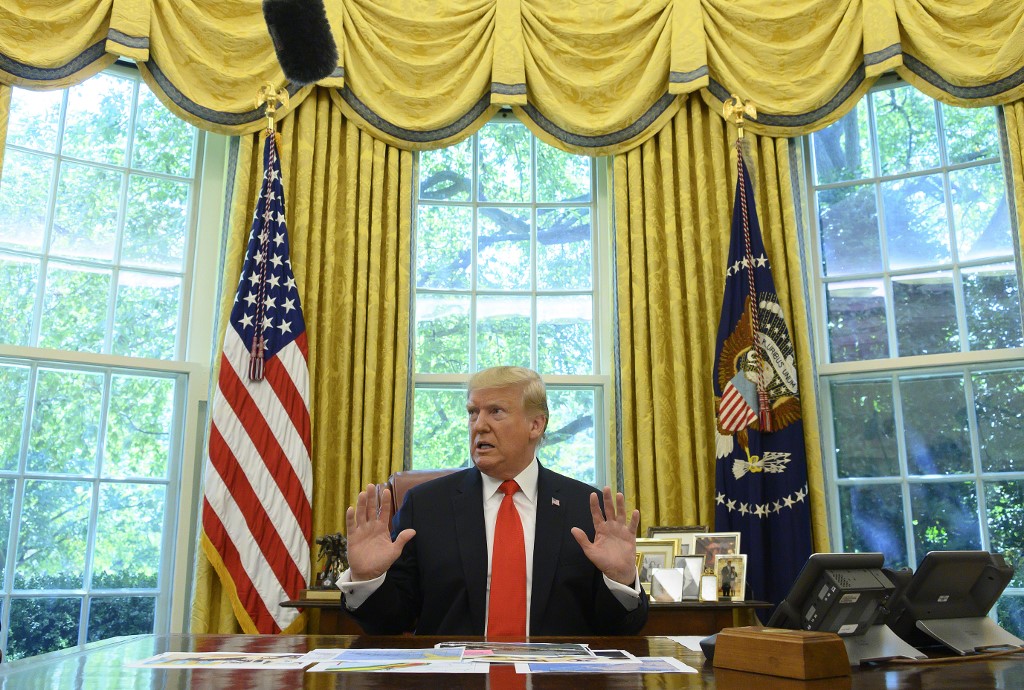 WASHINGTON, DC, USA – Donald Trump’s top aides must comply with subpoenas to appear in the impeachment investigation against the president, a US appeals court judge ruled.

In a case involving former White House counsel Don McGahn, who was subpoenaed in May by the House Judiciary Committee, judge Ketanji Jackson ruled Monday, November 25, that administration officials cannot claim absolute immunity from testifying based on their closeness to the US leader.

While Jackson ruled specifically on McGahn’s case, she said it had broad application to all current and former presidential aides.

“Presidents are not kings,” Jackson wrote in her decision.

“No one, not even the head of the Executive branch, is above the law.”

She said Congress has the power to subpoena any of the president’s advisors, whether they are involved in domestic policies or sensitive national security issues.

“It goes without saying that the law applies to former White House Counsel Don McGahn, just as it does to other current and former senior-level White House officials,” she wrote.

That ruling could open a path for the House Intelligence Committee – which is building a case for impeachment charges against Trump – to force testimony from three top witnesses: former national security advisor John Bolton, White House Chief of Staff Mick Mulvaney and Secretary of State Mike Pompeo.

All are believed to have direct knowledge of Trump’s alleged demand that Ukraine President Volodymyr Zelensky open investigations into Trump’s Democratic rival Joe Biden in exchange for a high profile summit and much-needed military aid.

“To those witnesses who hide behind fallacious claims of absolute immunity, this ruling shows again how meritless their position remains,” intelligence committee chairman Adam Schiff said in a statement.

“The witnesses who have defied Congress at the behest of the president will have to decide whether their duty is to the country, or to a president who believes that he is above the law.”

The ruling could also give fresh life to the stalled impeachment case in the Judiciary Committee, which has tried to develop charges against Trump for obstructing the Russian collusion investigation led by Special Counsel Robert Mueller.

Mueller’s final report in April outlined 10 acts of alleged obstruction by the president.

“The administration’s claim that officials can claim ‘absolute immunity’ from Congressional subpoenas has no basis in law, as the court recognized today.”

That could take the case to the Supreme Court, and in the meantime, the department could seek a court stay to prevent McGahn or others from speaking before the two committees.

The increasing prospect of becoming only the third US president formally impeached, after Andrew Johnson and Bill Clinton, has riled the brash New York billionaire, and he has fired off multiple attacks against rivals leading the effort. – Rappler.com