Nov 28, 2019 7:46 PM PHT
Agence France-Presse
Facebook Twitter Copy URL
Copied
Unions are calling a new indefinite strike against an overhaul of the pensions system that they say will require people to work longer or accept a lower pension 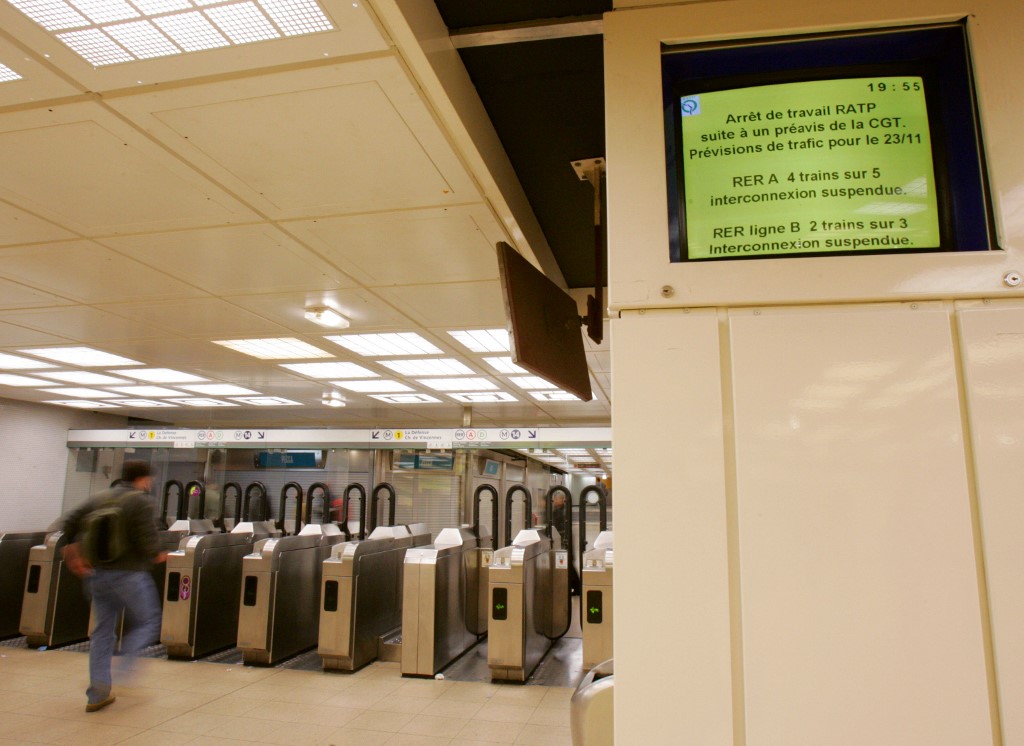 PARIS, France – The Paris public transport operator warned Thursday, November 28, of “severely disrupted traffic” on metro and bus lines during a strike on December 5 against the government’s pension reforms.

Officials are bracing for major protests that could snarl rail and metro traffic across the country, raising the spectre of a second French winter of discontent a year after the start of the “yellow vest” protest movement.

Unions have called a new indefinite strike against an overhaul of the pensions system that they say will require people to work longer or accept a lower pension.

The national rail operator SNCF has taken the unusual step of halting all ticket sales for December 5-8 on expectations of sweeping train cancellations.

RATP, which operates the Paris metro, said it would team up with companies offering travel alternatives for commuters, such as carpooling groups and ride-hailing firms.

It will also provide “complementary mobility services” such as bicycles and the electric scooters which have inundated the French capital since last year.

Many schools in Paris have warned parents that classes might be cancelled next Thursday and Friday, and firms already expect many employees will be unable to make it in to work.

In September, the city already got a foretaste of the possible disruption in store when a one-day strike shut down most of the 16 lines on the metro.

Alongside the rail and metro workers, unions at Air France and the electricity group EDF have also announced plans to strike, as have lawyers who say the pension reforms will drain the financial reserves of their own separate pension scheme.

The government has vowed to do away with dozens of advantageous pension schemes enjoyed by workers in state transport and utility companies, as well as sailors, solicitors and Paris Opera workers.

Metro workers say the reforms would remove their long-held rights to early retirement, secured decades ago to compensate for spending long hours underground.

A recent report from France’s state auditor, the Cour des Comptes, found that the average retirement age for public transport workers in Paris in 2017 was 55.7, compared with 63 years for most French workers.

The strike poses a stiff challenge to President Emmanuel Macron’s reform agenda, feeding into a growing mood of discontent that has brought tens of thousands of hospital workers, students, firefighters, police, farmers and lawyers onto the streets in the past three months. – Rappler.com