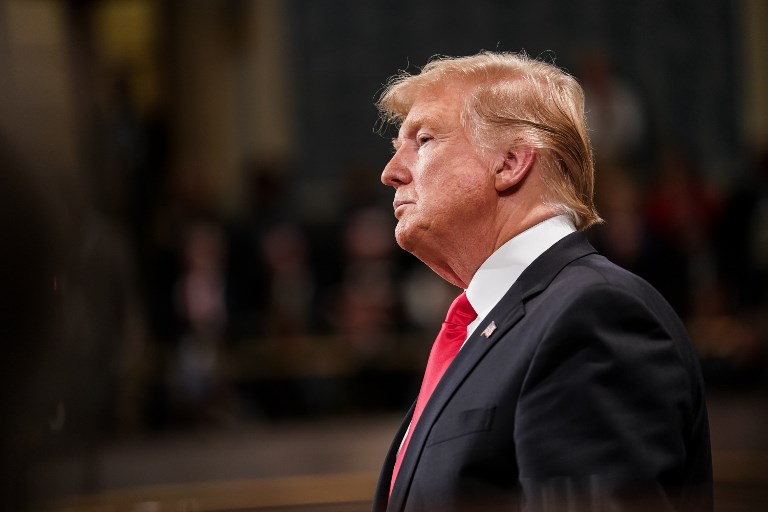 WASHINGTON DC, USA (UPDATED) – A Congressional panel will begin drawing up charges against President Donald Trump on Wednesday, December 4, as the likelihood grows of his becoming only the third US leader ever impeached.

However, Trump’s attorney signaled on Sunday night, December 1, that the White House won’t send anyone to the hearings, at least not right away.

“We cannot fairly be expected to participate in a hearing while the witnesses are yet to be named and while it remains unclear whether the Judiciary Committee will afford the President a fair process through additional hearings,” White House counsel Pat Cipollone wrote in a letter to Jerry Nadler, the Democratic chairman of the House Judiciary Committee. 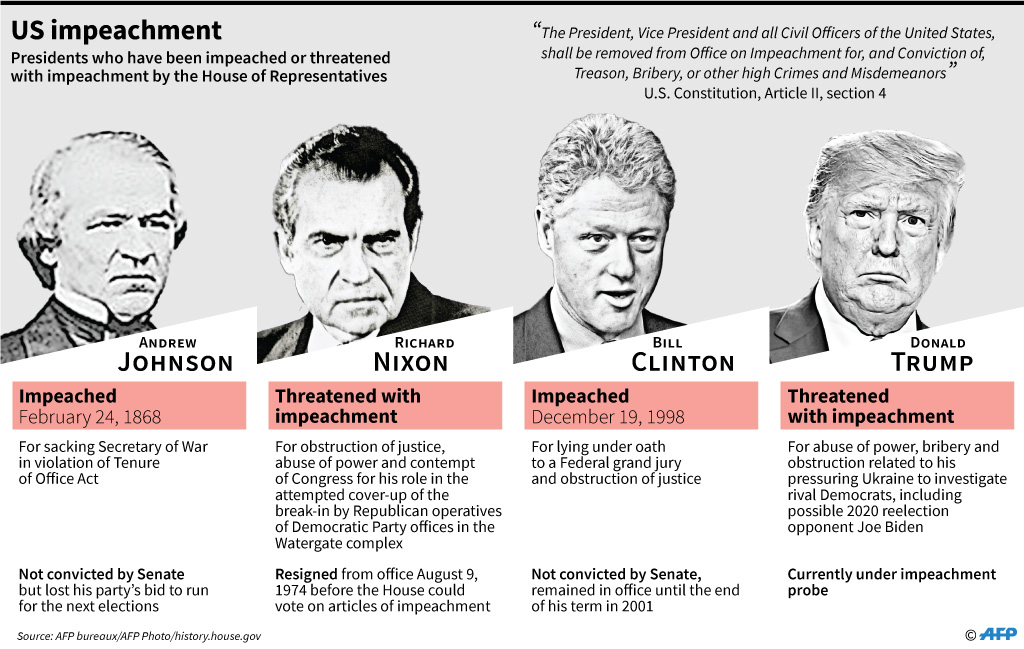 But Cipollone also did not rule out White House participation in the hearings entirely, instead requesting further details from Nadler on how the inquiry will be conducted and saying he will give him an answer by next Friday.

Trump has been unable to quash allegations in the House of Representatives investigation that he illegally sought help from Ukraine to obtain dirt on his domestic political rivals, including possible 2020 challenger Joe Biden.

Nadler’s committee meets on Wednesday to begin determining whether the evidence compiled in the investigative phase of the process meets the constitutional impeachment standard of “treason, bribery, or other high crimes and misdemeanors.”

The committee is expected to consider at least 4 counts, or articles of impeachment, including abuse of power, bribery, contempt of Congress and obstruction of justice.

“The president has accepted or enlisted foreign nations to interfere in our upcoming elections,” said House impeachment leader Adam Schiff, a Democrat, in a November 25 statement.

“This is an urgent matter that cannot wait if we are to protect the nation’s security and the integrity of our elections.”

Trump and Republicans continue to brand the accusations and process as a political “witch hunt.”

“This is a complete American waste of time,” said Doug Collins, who as the leading Republican on the Judiciary Committee will lead that party’s counterattack. He appeared on “Fox News Sunday.” 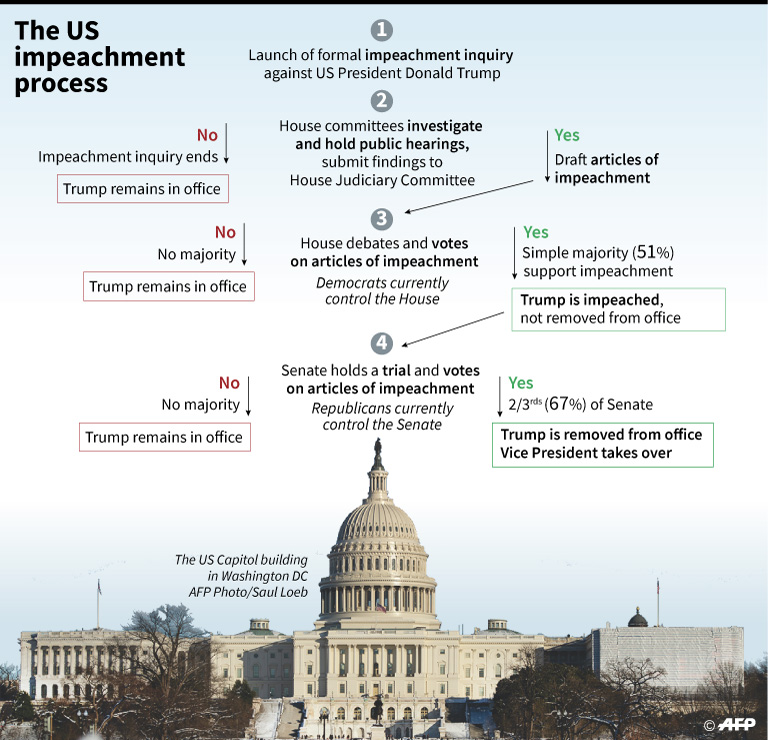 The inquiry could go fast – Democrats reportedly want to have the entire House vote on impeachment before the end of the year.

They are confident that they have strong evidence that Trump committed impeachable offenses, despite the White House blocking the testimony of top presidential aides and refusing to hand over subpoenaed documents.

That refusal has angered Democrats.

“We’re not going to play games with them,” Val Demings, a Democratic member of the Judiciary Committee, told ABC on Sunday. “They need to respond to the request for documents and obey those lawful subpoenas.”

Trump is alleged to have withheld military aid for Ukraine – desperately sought by Kiev amid the ongoing border conflict against pro-Russian separatists – as well as a desired high-profile summit with President Volodymyr Zelensky.

In exchange, Trump wanted Kiev to open investigations into Biden and a widely discredited theory that Ukraine interfered in the 2016 US elections on Democrats’s behalf.

If the articles of impeachment are passed by the Democratic-controlled House as expected, Trump would go on trial in January in the Senate for removal from office.

Given Republican control of that chamber and the high hurdle of a two-thirds majority needed to convict, the president would very likely be cleared.

Still, Democrats see the process as important in reinforcing the rule of law and pushing back against a powerful president seen as showing little respect for Congress’s powers.

Nadler had last week invited Trump and his attorneys to take part in the first hearing on Wednesday, an invitation which Cipollone declined.

“It is too late to cure the profound procedural deficiencies that have tainted this entire inquiry,” Cipollone wrote in reply.

“Nevertheless, if you are serious about conducting a fair process going forward, and in order to protect the rights and privileges of the President, we may consider participating in future Judiciary Committee proceedings if you afford the Administration the ability to do so meaningfully,” he added.

But Nadler has said that Trump’s ability to participate could depend on whether he continues to refuse to make witnesses and documents available.

One Republican on the committee, Tom McClintock, told Fox that he believed top Trump aides “absolutely” should testify.

So far they have refused to testify, claiming “absolute immunity” as confidants of the president.

Collins tried to turn the tables on Democrats, saying Republicans want Schiff, the House impeachment manager, to testify. “If he chooses not to,” he added, “then I really question his veracity.”

Led by Nadler, Trump’s longtime nemesis, the televised hearings – set to open at 10 am (1500 GMT) Wednesday — are expected to be fiery.

With national elections less than one year away, Democrats need to convince Americans that impeaching Trump is justified and necessary.

Presidential candidate Amy Klobuchar, appearing Sunday on NBC, described the Ukraine affair in dramatic terms as “a global Watergate” – going beyond the scope of the scandal that brought down President Richard Nixon.

Republicans, for their part, aim to show the exercise as a political attack on Trump.

“He did nothing improper,” Collins said. “There is nothing here that the president did wrong.”  – Rappler.com