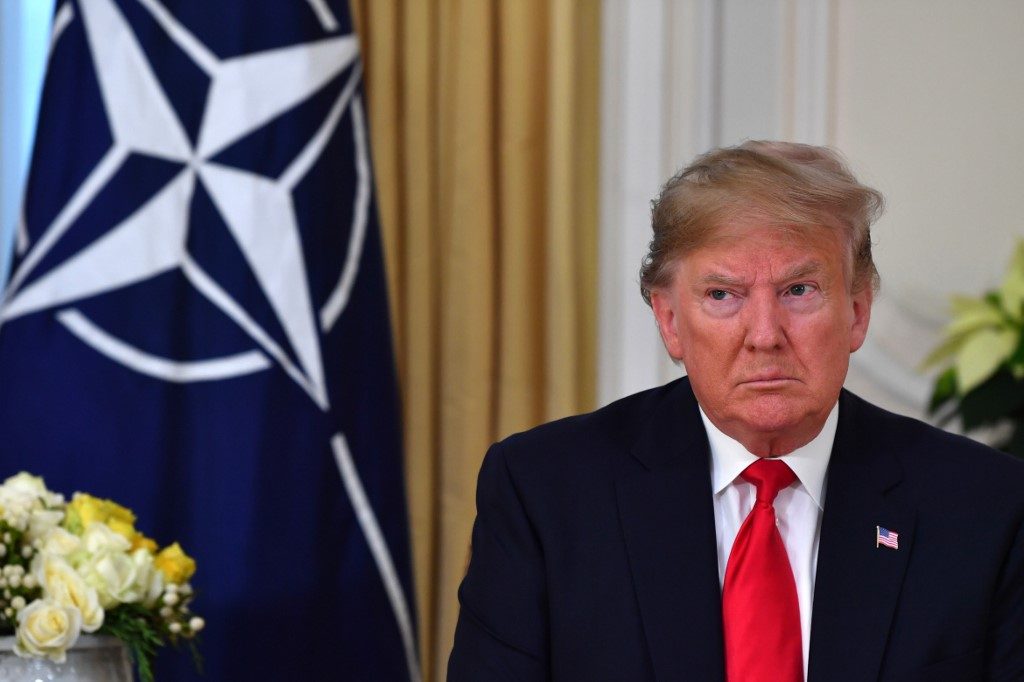 Facebook Twitter Copy URL
Copied
'Iran is killing perhaps thousands and thousands of people right now as we speak,' Trump tells reporters in London ahead of a NATO summit

Protests erupted in Iran on November 15 after an announcement that petrol prices were going up by as much as 200% with immediate effect.

“Iran is killing perhaps thousands and thousands of people right now as we speak,” Trump told reporters in London ahead of a NATO summit.

Trump added: “The word is that thousands of people are being killed in Iran that are protesting.

Asked if there was more that the United States could do, he replied: “I’d rather not say right now.

“It’s a terrible thing and I think the world has to be watching.

“But many, many people are being killed in Iran right now for protesting. For the mere fact that they’re protesting.”

Banks and petrol stations were torched and shops looted in the violence which was quickly quashed by authorities who also imposed a week-long, near-total internet blackout.

London-based human rights group Amnesty International said on Monday that at least 208 people were killed in the crackdown.

Iran on Tuesday rejected as “utter lies” unofficial casualty figures given for the street violence.

The authorities have not yet provided any overall death toll for the unrest. – Rappler.com