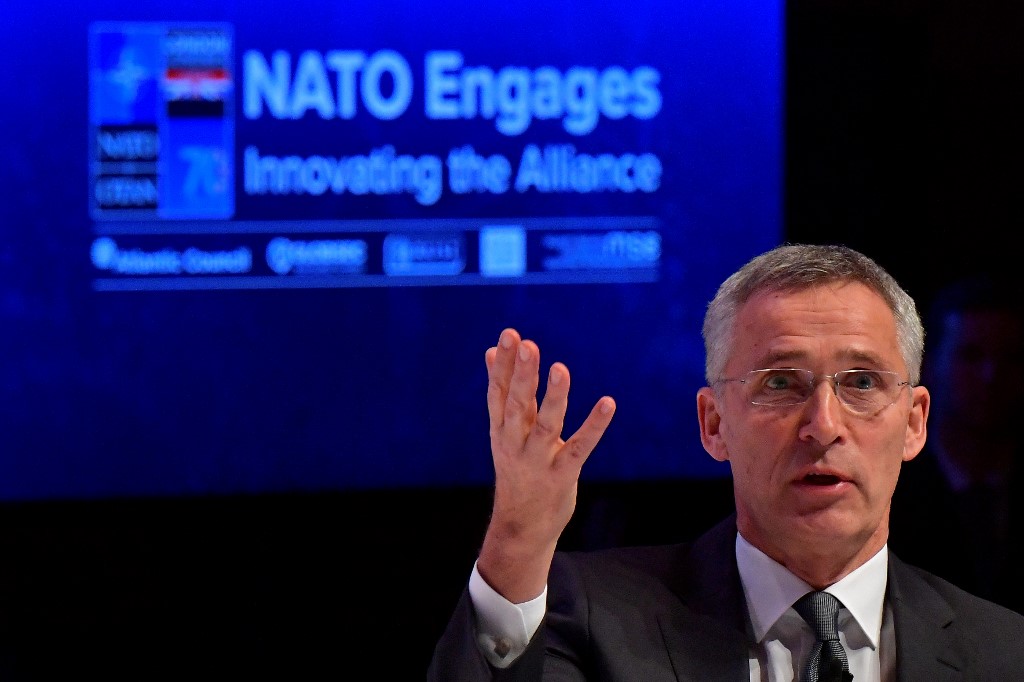 LONDON, United Kingdom – NATO must address the “security implications” of China’s rise as a military power, the head of the alliance said on Tuesday, December 3, but insisted he did not want to make an adversary of Beijing.

Jens Stoltenberg said China’s growing military capabilities – including missiles that could hit Europe and the United States – meant the alliance had to tackle the issue together.

The leaders of NATO’s 29 member states kick off a two-day summit on Wednesday, December 4, where they are set to approve a report on how the alliance should approach China and its growing international assertiveness.

“We have now recognized that the rise of China has security implications for all allies,” the NATO secretary general said at an event in London.

“China has the second largest defense budget in the world and has recently displayed a lot of new, modern capabilities including long-range missiles able to reach the whole of Europe and the United States.”

The fiercely contested South China Sea has become a flashpoint for Beijing and the US, with Washington accusing China of “intimidation”.

Beijing has built military installations, rammed vessels and sent survey ships into disputed territory in the sea, where several countries have competing claims.

NATO’s defense remit is limited to Europe and North America, but Stoltenberg said China’s influence was beginning to reach its shores.

“It’s not about moving NATO into the South China Sea but about taking into account that China is coming closer to us in the Arctic, in Africa, investing heavily in our infrastructure in Europe, in cyberspace,” he said.

But he insisted the new NATO approach was “not to create a new adversary but to analyse and understand and respond in a balanced way to the challenges China poses.” – Rappler.com