Dec 4, 2019 11:45 AM PHT
Agence France-Presse
Facebook Twitter Copy URL
Copied
The invitation to the December 10 summit of the six-nation Gulf Cooperation (GCC) comes amid signs of reduced animosity between Qatar and Saudi Arabia, which has led an economic boycott of Doha since 2017 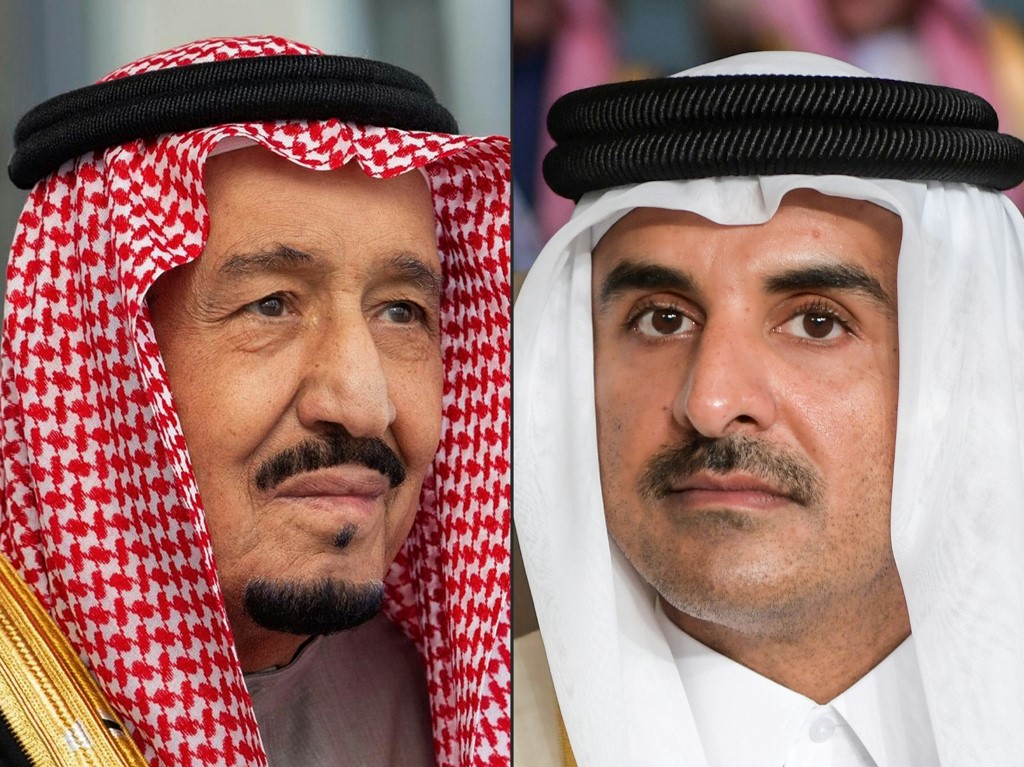 DOHA, Qatar –Saudi King Salman has invited Qatar’s emir to a meeting next week of the Gulf regional bloc in Riyadh, Qatari state media said Tuesday, December 3, without specifying if Doha had accepted.

The invitation to the December 10 summit of the six-nation Gulf Cooperation Countries (GCC) comes amid signs of reduced animosity between Qatar and Saudi Arabia, which has led an economic boycott of Doha since 2017.

Saudi Arabia and allies Egypt, Bahrain and the United Arab Emirates closed their airspace to Qatar Airways and banned travel to the country over charges that Doha backs radical Islamists and seeks closer ties with Iran.

The 3 Gulf boycotting countries are currently participating in a regional football tournament in Qatar, having announced their participation at the last minute.

Saudi Arabia, which has also sealed its land-border with Qatar, will play the hosts at the semi-finals on Thursday.

The emir has been represented by senior officials at GCC summits since the blockade was imposed, despite having received invitations.

Regional analyst and King’s College London assistant professor Andreas Krieg said he believed that Riyadh had pushed for the gathering to be shifted from the UAE to Saudi Arabia to increase the likelihood of the emir attending.

“Talks that have been held over the last couple of weeks, including the ones with the foreign minister, have centred on a lift of the blockade from the Saudi side,” he said.

(READ: Qatar: a year of crisis in the Gulf)

Kuwaiti Deputy Foreign Minister Khaled al-Jarallah said last month that the boycotting countries’ decision to travel to Doha was “a clear indication of the progress towards solving the Gulf crisis”.

Other steps were being taken that “affirm we are heading in the right direction to reach positive results”, he added, without giving details.

An official from the Cairo-based Arab League is visiting Doha for a conference during the tournament, raising hopes for mediation efforts.

The boycotting countries had refused to participate in the previous Gulf Cup two years ago, which was originally scheduled to be held in Qatar just a few months after the crisis erupted.

But they took part when the tournament was subsequently moved to Kuwait.

Outside of Qatar, there have been glimmers of a possible end-game to the spat which has seen the two sides trade barbs on everything from access to the Muslim holy city of Mecca to alleged Twitter hacking.

Leading Emirati politics professor Abdulkhaleq Abdulla, an authority on the UAE’s political thinking, tweeted that the end of the boycott could be in sight following the Gulf Cup announcement.

Abdulla called the trio’s decision “as political as it is sporting”.

The latest signs of progress have emerged despite Doha resolutely refusing to bow to the boycotting countries’ demands that it shutter its Al-Jazeera broadcaster, downgrade ties with Iran and close a Turkish military base in Qatar.