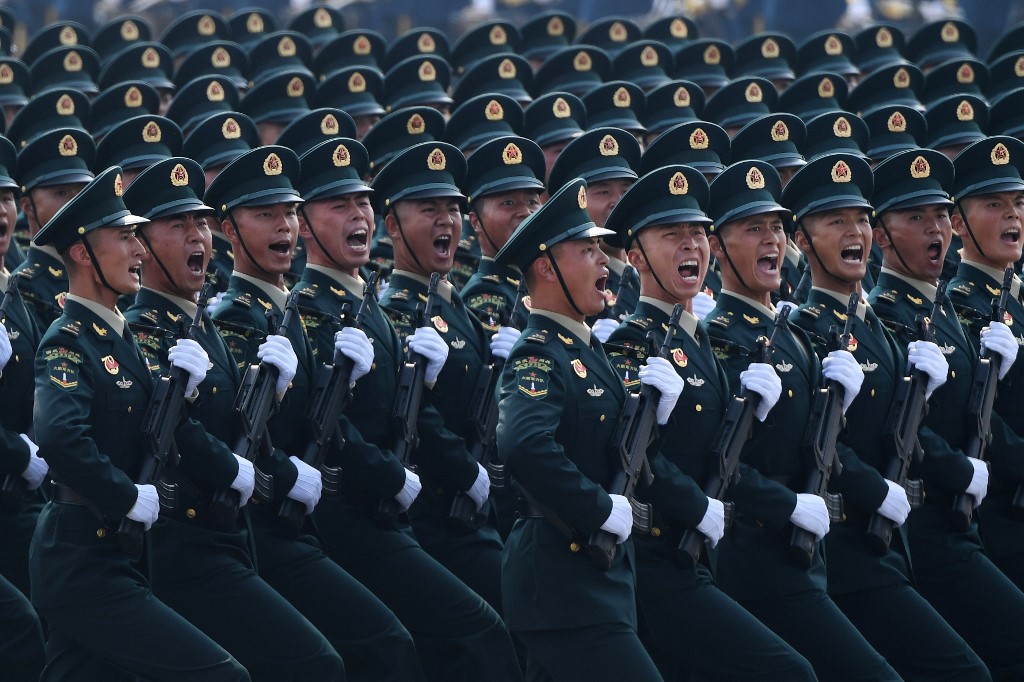 BEIJING, China – China’s neighbors feel threatened by the country’s overseas investments and military might, even though people in many countries around the world view the Asian power’s economic growth positively, a poll showed Thursday, December 5.

While just over half of people in Japan agreed that China’s economic growth was a good thing, a huge 75% perceived investment from China in their country negatively, a survey by Washington-based Pew Research Center found.

Responses in Australia, South Korea and the Philippines followed a similar pattern, according to the survey of more than 38,000 people across 34 countries.

Overall, 79% of people across the Asia-Pacific region said they are alarmed by China’s growing military strength, with as many as 9 in 10 in Japan and South Korea feeling this way, Pew researchers said.

At the same time, China has extended its economic influence around the world through overseas investments, loans and aid to developing countries. (READ: China overtakes U.S. in number of diplomatic missions)

China’s dependability as an ally was viewed most positively in Kenya, Nigeria and South Africa, with 30%, 22% and 19%  of people in these countries respectively naming China as a top ally – although even these countries showed a stronger preference for the US.

At the same time, both the US and China were most frequently named as top threats by respondents.

More respondents in many Latin American, Middle Eastern and North African countries saw the US as a top threat than China, the survey found.

Meanwhile, in the Asia-Pacific region more see China as the biggest threat, including half of Japanese and 62% of Filipinos.

“Majorities in most nations also say both the US and China have a great deal or a fair amount of influence on their country’s economic conditions,” Pew’s report said.

“But, when rating that influence, more people say China’s is positive than say the same of the US.” – Rappler.com