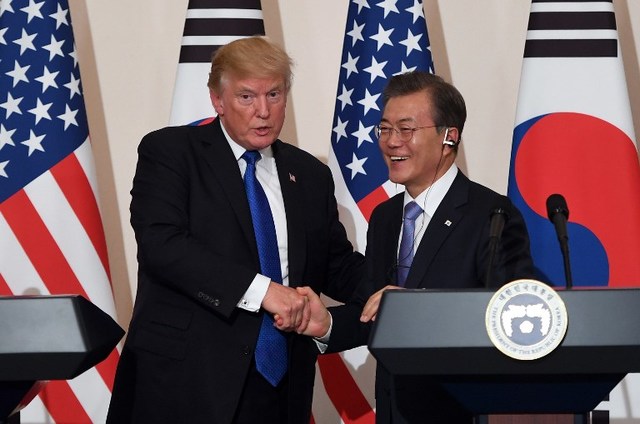 Denuclearization negotiations have been at a standstill since a summit in Hanoi broke up in February and pressure is rising as an end-of-year deadline to offer concessions, set by Pyongyang for Washington, approaches.

The 30-minute talk was the first conversation between the US President and the South Korean leader since they met at the UN General Assembly in New York in September.

“The two leaders shared an assessment that the current situation on the Korean peninsula is grave,” said Ko Min-jung, the spokeswoman of the South’s presidential office.

“They agreed momentum for dialogue to achieve prompt results from denuclearization negotiations should be continued,” she went on to say, adding that Trump had requested the call.

The discussion came after a week in which exchanges between Trump and North Korea raised the prospect of a return to a war of words, culminating in Pyongyang’s threats to resume referring to the US president as a “dotard” and to take military action if the US military moves against it.

The South Korean leader was instrumental in brokering the landmark summit between Trump and Kim in Singapore last year which produced only a vaguely worded pledge about denuclearization. – Rappler.com