No let-up in French strikes as fresh turmoil hits weekend 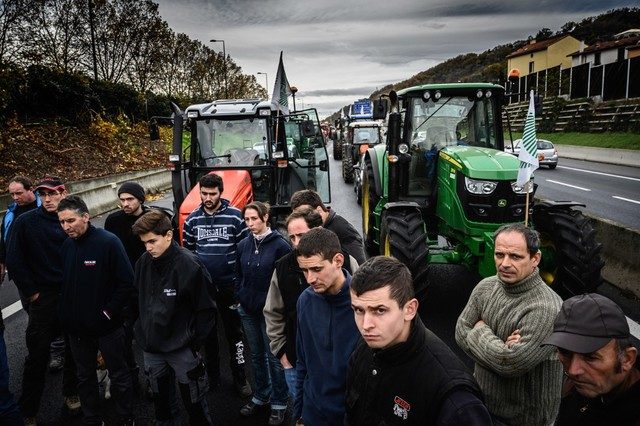 PARIS, France – The most serious nationwide strike to hit France in years caused new weekend travel turmoil on Saturday, with unions warning the walkouts would last well into next week.

The challenge thrown to President Emmanuel Macron over his plans for radical pension reform has seen hundreds of thousands take to the streets and key transport services brought to a standstill.

The strikes, which began on Thursday, December 5, have recalled the winter of 1995, when 3 weeks of huge stoppages forced a social policy U-turn by the then-government.

Unions have vowed a second series of mass demonstrations nationwide on Tuesday, Decmeber 10, after big rallies on Thursday and there is expected to be little easing of the transport freezes over the coming days.

The strikes could prove to be the biggest domestic challenge yet for Macron, who came to power in 2017 on the back of promises to radically reform France and has sought a prominent place on the international stage as Europe’s number one statesman.

Macron was widely believed to have ridden out the challenge posed by the “yellow vests” whose weekly Saturday protests against inequality in France had shaken the government over the last year.

But the yellow vests have also sought to utilize the momentum of the strike movement and are expected to hold protests across France this Saturday.

With Macron seeking for now to rise above the fray, Prime Minister Edouard Philippe insisted that the government would not abandon the plan even if it was prepared to bring it in more gradually.

He said the government would work with trade unions to introduce a single points-based pension scheme that would require the French to “work a bit longer” and replace dozens of more advantageous plans currently enjoyed by public-sector workers.

But the premier emphasized that the changes, which he said would be unveiled on Wednesday, were going to be introduced “progressively, without harshness.”

The SNCF rail operator has warned that disruption at the weekend will be at the same level as the last two days with just 10 to 15% of high-speed and regional trains running.

The Paris metro will remain severely disrupted with 9 lines entirely shut, 5 only partially and just the driverless 1 and 14 lines working normally.

Many cancellations are also expected on the international Eurostar and Thalys services.

Air travel, which has been less impacted by the strikes, was returning closer to normal with air traffic restrictions now dropped by civil aviation authorities.

Tourists in Paris may also face some disappointments: the world-famous Louvre Museum said it could open later Saturday with some rooms closed due to the strikes, while the landmark exhibition of painter El Greco at the Grand Palais was closed.

The Paris Opera has also canceled its performances over the last days due to the strike.

Businesses also feared that the lack of transport would affect shopping activity on a key weekend for the consumer economy just two weeks before Christmas.

The walkout is the latest test of Macron’s mettle after months of protests from teachers, hospital workers, police and firefighters, capping a year of social unrest triggered by the yellow vest movement.

Unions say Macron’s proposal for a single pension system would force millions of people in both the public and private sectors to work well beyond the official retirement age of 62.

At least 800,000 took part in rallies around the country on Thursday, according to the interior ministry – one of the biggest demonstrations of union strength in nearly a decade.

Another day of strikes and rallies has been called for Tuesday, a day after union leaders are to meet again with government officials over the pension reform.

While most of the rallies Thursday were peaceful, police fired tear gas to disperse dozens of black-clad protesters smashing windows and throwing stones during the Paris march, with one construction trailer set on fire. – Rappler.com