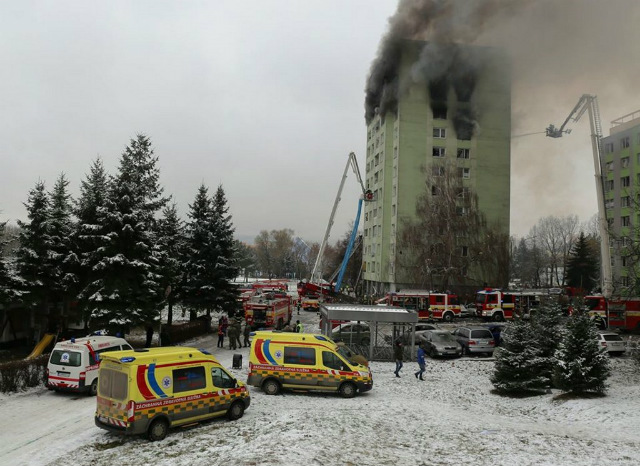 BRATISLAVA, Slovakia – At least 7 people died and dozens were injured in a gas explosion that rocked a 12-storey building in eastern Slovakia, police said on Saturday, December 7.

Local police chief Jan Golias said one person was still missing after the fire in the town of Presov, 400 kilometers (250 miles) from the capital Bratislava.

About 100 firefighters battled the blaze, which hit the top 4 or 5 floors of the building and led to warnings from the fire service that the structure could collapse, local media reported.

The initial explosion was reported at noon on Friday, with last fires being put out by Saturday morning.

“We estimated the number of injured at 40,” Alena Krcova, a rescue services spokeswoman, told Agence France-presse.

A hospital spokeswoman told local media that nine people were treated at her facility in the immediate aftermath of the explosion, none of whom was in a critical condition.

Police had earlier said in a statement on Facebook that 11 people had been killed in the blaze but the post was later deleted.