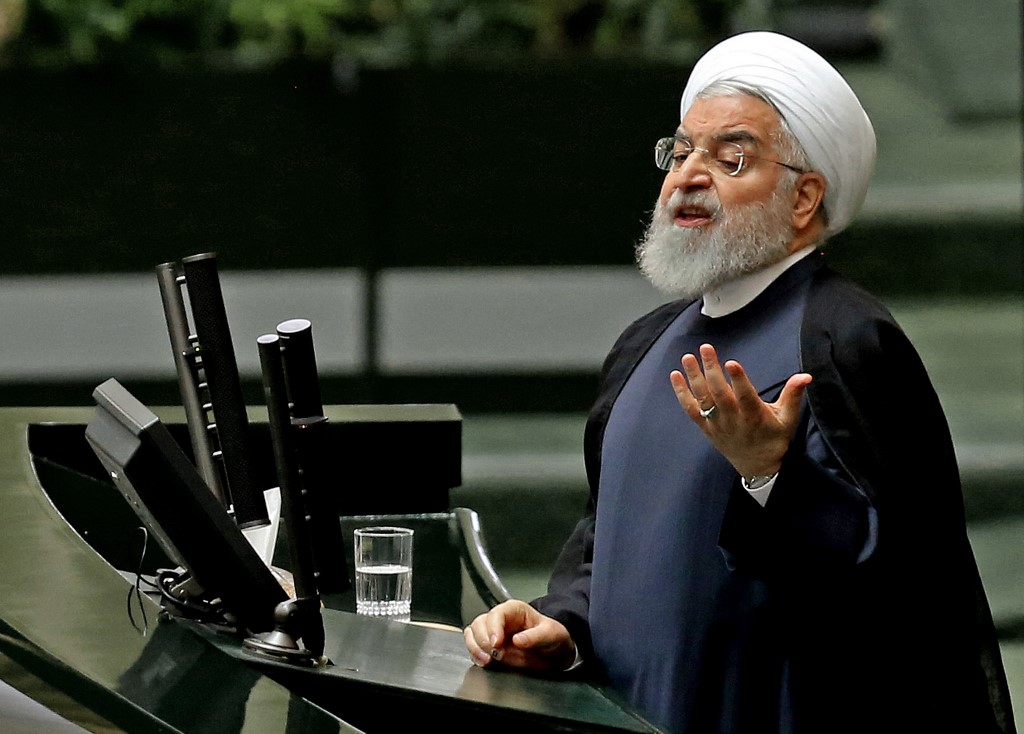 TEHRAN, Iran – Iran’s President Hassan Rouhani on Sunday, December 8, presented to parliament what he called a “budget of resistance” against crippling sanctions imposed by arch-enemy the United States.

“Next year, similar to the current year, our budget is a budget of resistance and perseverance against sanctions,” Rouhani told parliament in remarks broadcast on state radio.

“This budget announces to the world that despite sanctions we will manage the country, especially in terms of oil,” he added.

In his speech, Rouhani announced a 15 percent increase for public sector wages in a country whose economy has been battered by US sanctions.

US President Donald Trump began imposing punitive measures in May 2018, after unilaterally withdrawing from an accord that gave Iran relief from sanctions in return for limits on its nuclear programme.

The International Monetary Fund has forecast that Iran’s economy will contract by 9.5 percent this year. – Rappler.com