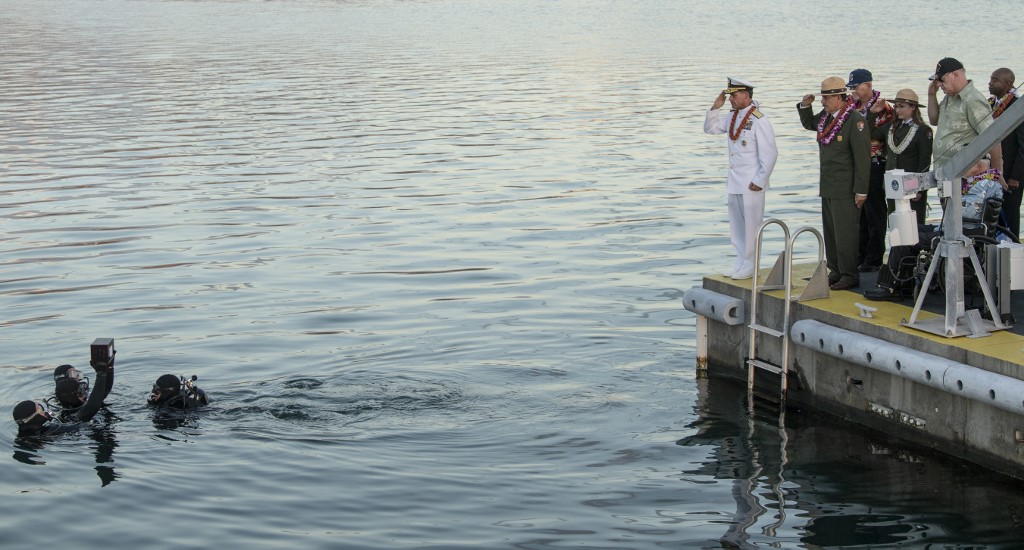 LOS ANGELES, USA – With speeches and salutes, veterans and officials on Saturday, December 7, commemorated the 78th anniversary of the 1941 sneak attack by Japan on Pearl Harbor, which brought a previously reluctant United States into World War II.

A ceremony in Hawaii honoring survivors was attended by US Interior Secretary David Bernhardt and Washington’s ambassador to South Korea Harry Harris.

It was held within sight of the sunken USS Arizona, which was bombed in the opening moments of the attack that killed more than 2,400 Americans.

Later in the day, the remains of Lauren Bruner, who died in September aged 98 and was among the last sailors rescued from the Arizona after it exploded into flames, was interred in the wreckage.

Bruner had expressed in years past his wish to be buried alongside fellow sailors who died on that fateful day.

“This is the last surviving crewman of the USS Arizona being returned to his ship and his shipmates,” Pearl Harbor National Memorial spokesman Jay Blount told Agence France-Presse (AFP).

Bruner will be the 44th USS Arizona survivor interred on the ship. The remaining 3 living sailors who survived the attack will be laid to rest with their families.

One of them, 98-year-old Lou Conter, attended the memorial alongside some 120 members of Bruner’s family.

At sunset, National Park Service and military divers took the urn containing Bruner’s ashes and lowered it to his final resting place in the hull of the ship’s wreckage.

‘Glad to see them’

Bruner was among 6 men who had gathered at the back of the doomed battleship on December 7, 1941 as Japanese warplanes bombed the ship, when a sailor onboard a nearby vessel threw them a line.

The 21-year-old, who was badly burned and had been shot twice in the leg, managed to grab the rope that pulled him and his comrades to safety.

At the time, president Franklin D. Roosevelt described the surprise attack on the US Navy base near Honolulu as “a date which will live in infamy.” (READ: Japan’s new emperor speaks of ‘deep remorse’ in 1st speech marking WWII)

A total of 1,177 sailors and Marines on board the USS Arizona were killed and more than 900 could not be recovered from the ship, according to the National Park Service.

Bruner went on to fight after recovering from his injuries, taking part in battles in the Aleutian Islands and in the South Pacific. He retired from the Navy in 1947.

He explained his decision to have his remains interred in the sunken ship at a 2014 news conference.

“Well, I studied it for a long time,” Stars and Stripes quoted him as saying. “All my family and friends have been buried in various places, cemeteries.

“But it seems like after a while, nobody pays attention to them anymore after about 5 years. I hope that a lot of people will still be coming to the Arizona. I would be glad to see them.”

On Friday, another shooter – a Saudi military trainee – opened fire at a navy base in Florida, killing 3 people before he was gunned down.

Officials said security was beefed up during the ceremony marking the Pearl Harbor attack anniversary. – Rappler.com