Dec 14, 2019 1:21 PM PHT
Agence France-Presse
Facebook Twitter Copy URL
Copied
(3rd UPDATE) They are focusing on an area where a body was seen floating in the water earlier in the week 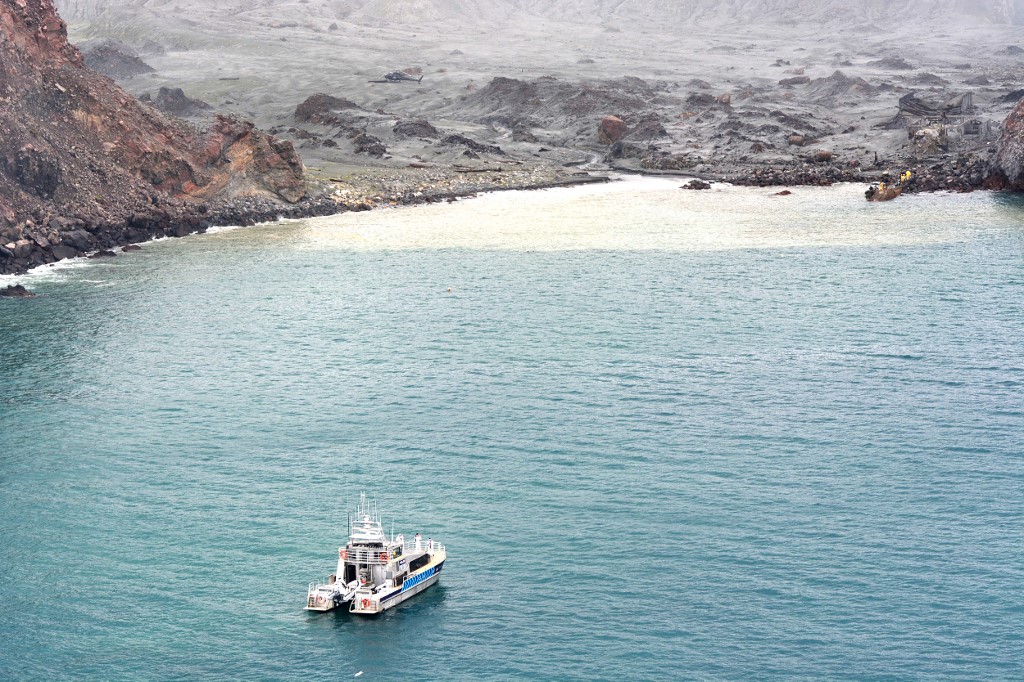 They were focusing on an area where a body was seen floating in the water earlier in the week.

Prime Minister Jacinda Ardern, meanwhile, has called for a minute’s silence to be observed at 2:11 pm (0111 GMT or 9:11 am Philippine time) on Monday in honor of the victims of the eruption.

“Together we can express our sorrow for those who have died and been hurt, and our support for their grieving families and friends,” Ardern said with the minute’s silence to start exactly one week after the eruption began. (READ: Heroism, devastation after deadly New Zealand volcano eruption)

Of the 47 people on the island at the time of the eruption, the number killed rose to 17 with another fatality confirmed on Saturday, police said, without releasing details of name, age or nationality.

Another 27 remain in hospitals in New Zealand and Australia with 20 listed as being in a “critical” condition.

Scientists monitoring the island said the likelihood of another eruption over the weekend was decreasing but the risk remained.

“Their new calculation was that there is a 35-50% chance of an eruption occurring,” Natalia Deligne, a volcanic hazard and risk modeller, said.

The remains of 6 people were retrieved Friday in a daring operation by elite soldiers with two military helicopters under threat of another blast.

The recovery had been on hold for days as poisonous gases continued billowing from the volcanic vent and the island remained blanketed in a thick layer of acidic ash.

The coroner in New Zealand is working through a “robust” process to identify the bodies, authorities said.

Most of the people on the island were tourists from Australia, the United States, Britain, China, Germany, Malaysia and New Zealand who were on a day trip to see the natural wonder.

The survivors’ injuries are so severe New Zealand doctors initially estimated they would need to import 1.2 million square centimeters (185,000 square inches) of skin for grafts.

Browitt was on a family holiday to celebrate her birthday in New Zealand when she joined her older sister Stephanie and father Paul on a visit to the island.

Her mother Marie stayed behind on the boat, and has since been by the bedside of her daughter and husband who were both originally in a coma in a hospital burns unit following the eruption, according to a GoFundMe page set up for the family.

“It has been quite difficult,” a friend of the Browitt daughters, Tahlia West told Agence France Presse.

All 13 Australians hospitalized have been repatriated. The current condition of Stephanie and Paul is unknown. – Rappler.com