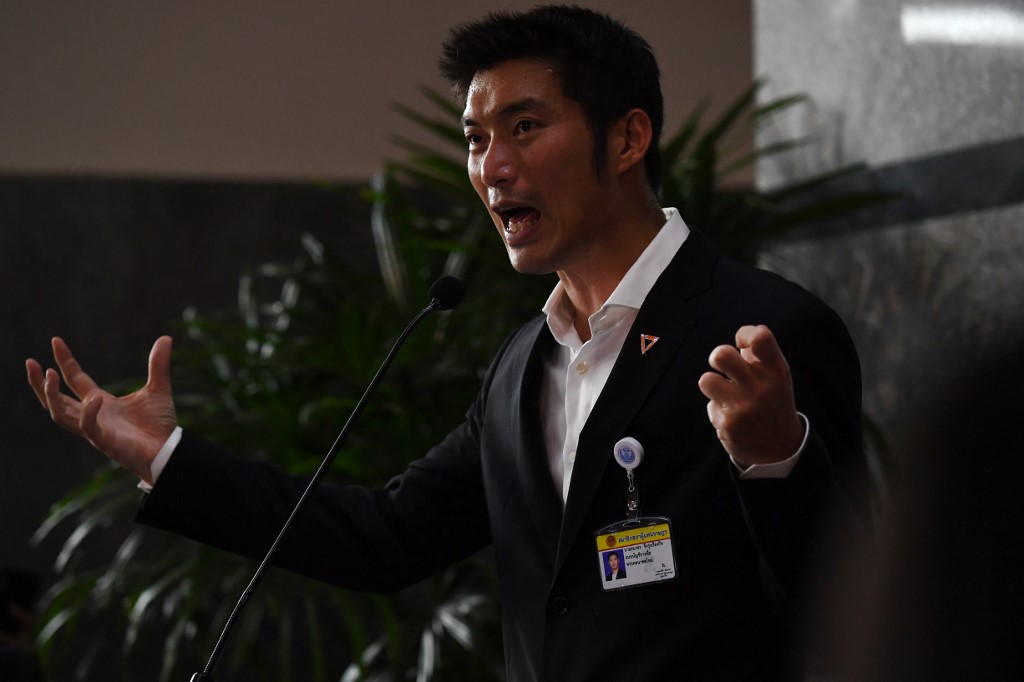 BANGKOK, Thailand – Bangkok braced Saturday for the first major protest since March elections, a test of anti-government sentiment among younger Thais called to the streets by the kingdom’s most popular political figure.

The youth-propelled Future Forward Party (FFP) has been a thorn in the military-aligned establishment’s side since the elections, and its popular billionaire leader Thanathorn Juangroongruangkit had called for a late afternoon rally the party expects to draw thousands.

Thailand’s political scene has been dominated by violence since 2006, with street protests devolving into blood-soaked disorder.

Under junta rule which followed a coup in 2014 there have been no massive rallies, and March’s elections – governed under a military-scripted constitution – reinstated junta chief Prayut Chan-O-Cha as prime minister.

But the party has not obtained permission, said Bangkok police deputy chief Somprasong Yenthuam, which is required under the law.

“If the rally is orderly and they don’t breach any laws, they can go ahead,” he told AFP.

Upstart FFP got more than 6 million votes in the election, thanks to mostly young Thais weary of the military’s role in politics.

Its popularity has rattled the military and its allies, and its executives have been battered by legal woes since the election.

The latest threatens the party with dissolution over alleged illegal loans from Thanathorn – a case submitted Friday to a court that stripped his MP status last month.

He issued a call on Facebook and Twitter, which was shared more than 60,000 times, urging supporters who can “no longer tolerate the current social conditions” to take part in Saturday’s rally.

Prayut rebuked Thanathorn’s call, saying the opposition leader’s disputes were “personal” and “not other people’s problems.”

But Thanathorn hit back Saturday, saying that the “flash mob” rally is being held for the country’s collective future.

“Those who brought politics to this point and caused conflicts are the people who cling onto power,” he told reporters at a Bangkok university.

“It’s our social issue and our future… we will fight in every way,” Thanathorn vowed.

The 41-year-old leader has repeatedly said the cases against him and FFP are politically motivated.

In 2010, the military – led by then-army chief Prayut – opened fire on protesters gathered in downtown Bangkok, killing more than 90.

Thailand’s courts have played a central role in taking out political threats to the establishment and no civilian government has completed its term since 2006.

The country has seen more than a dozen coups since 1932. – Rappler.com