Trump popularity edges up during impeachment 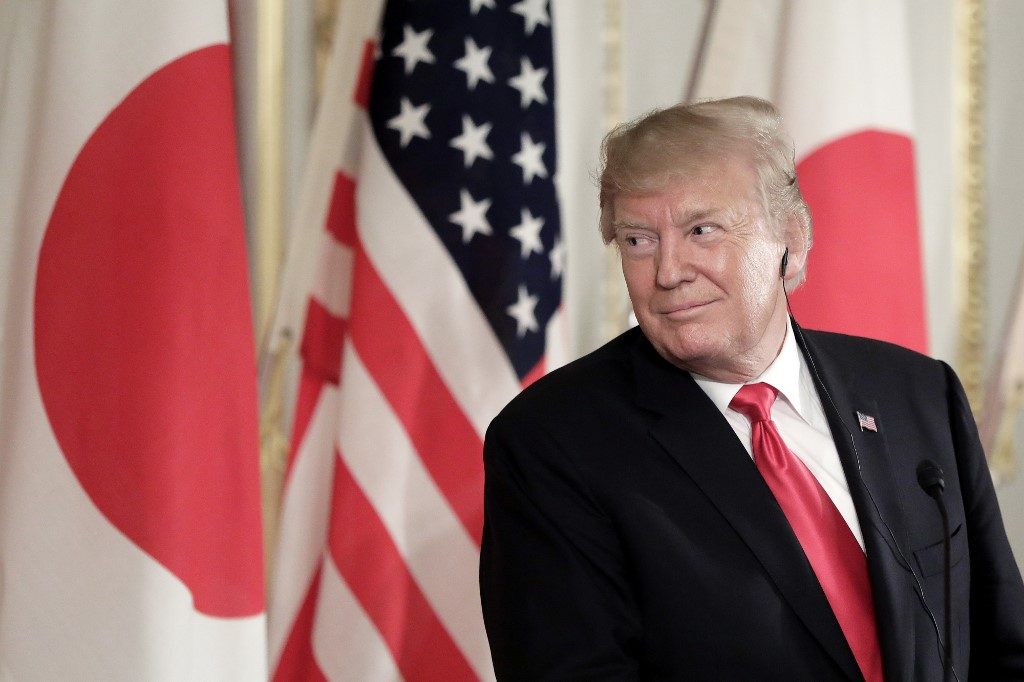 Facebook Twitter Copy URL
Copied
Although the Quinnipiac University survey says the US president has a high of 43% for his job approval, that's still far below nearly all previous presidents in modern times at the same point in their administration

Although the Quinnipiac University survey said Trump has a high of 43% for his job approval, that’s still far below nearly all previous presidents in modern times at the same point in their administration.

According to the poll, carried out December 11-15, 52% of Americans still disapprove of Trump’s job performance. Trump has been mired in those unusually low ratings for nearly his entire presidency.

But the latest figures show a progression indicating support growing for Trump despite the impeachment process threatening his presidency.

The House of Representatives could vote to impeach for abuse of office and obstruction of Congress as early as this Wednesday, December 18. (READ: House panel approves Trump charges, sets up impeachment vote)

A Quinnipiac poll earlier in December had 41% approval and 55% disapproval, while an October poll, done before impeachment hearings began, put those figures at 38 and 58%.

Much of the support for Trump appears to be linked to positive feelings about the economy, which is in a period of strong growth, with record low unemployment.

Nearly 3 quarters, 73%, saw the economy as good or excellent, the poll found.

“That view of a strong economy seems to be helping President Trump match his highest job approval rating since being elected, despite facing becoming the third president in US history to be impeached,” said Quinnipiac polling analyst Mary Snow.

Not surprisingly, the poll looks radically different when the answers are divided by party. Ninety five percent of Republicans oppose removing Trump from office, while 86 percent of Democrats are in favor. – Rappler.com