House votes on impeaching Trump for abuse of office 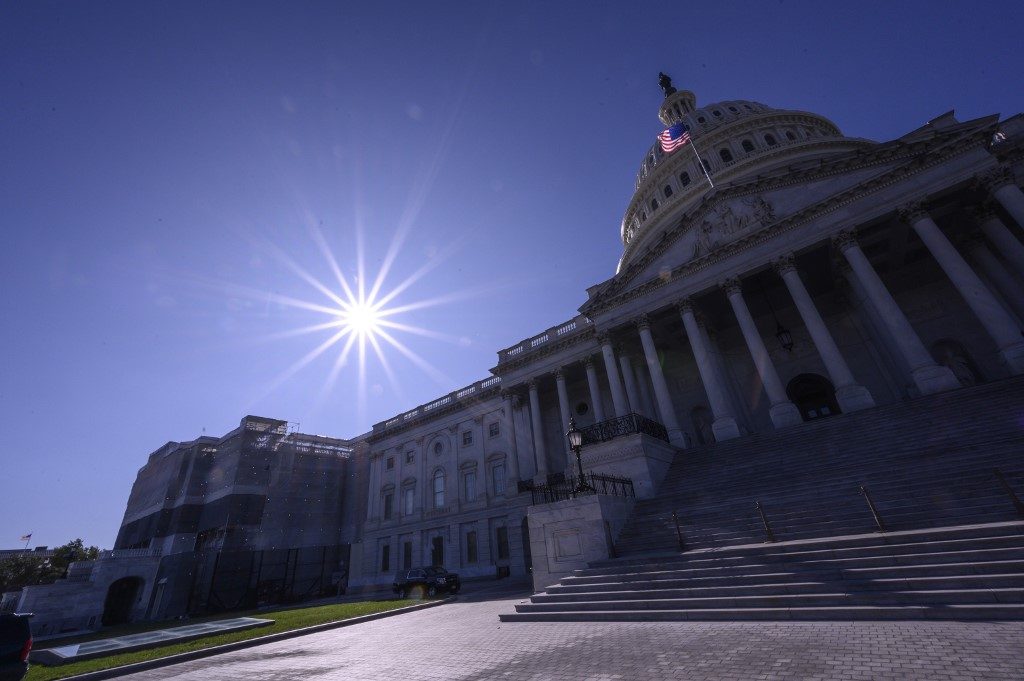 WASHINGTON DC, USA – US President Donald Trump faced his ultimate political crisis Wednesday, December 18, in a historic congressional vote to impeach him for abuse of office, forever staining the billionaire’s record and supercharging the nation’s divides.

The House of Representatives opened its session with a prayer for “wisdom” by its chaplain, before debate on the resolution regarding “impeaching of Donald J. Trump” began soon after 10:00 am (1500 GMT).

The morning prayer was likely to be the last moment of calm on the momentous day Democrats and Trump’s Republicans go head to head over making the convention-wrecking populist the third president ever charged with high crimes and misdemeanors.

The Democratic majority in the House, led by Speaker Nancy Pelosi, is expected to approve two articles of impeachment – abuse of office and obstruction of Congress – after debate running through much of the day.

The Republican-dominated Senate will then open a trial in January and is all but certain to acquit the president.

Trump, arguably the most polarizing US leader in living memory, was spending the day holed up at the White House, sending out streams of tweets reflecting his frustration, anger and predictions of revenge at next year’s election.

“Can you believe that I will be impeached today by the Radical Left, Do Nothing Democrats, AND I DID NOTHING WRONG! A terrible Thing,” Trump said in his opening salvo.

Later he was to fly to the electoral swing state of Michigan for a rally with thousands of his most loyal supporters – possibly right around the time of the House vote.

Although impeachment will put an ugly asterisk by Trump’s name in the history books – alongside Andrew Johnson in 1868 and Bill Clinton in 1998 – he predicts the scandal will galvanize his base in the 2020 presidential polls.

On the eve of impeachment, he wrote an extraordinary six-page letter to Pelosi accusing her of an “attempted coup,” a “charade” and treating him less fairly than at a witch trial.

Republicans in Congress reject the impeachment unanimously. Democrats overwhelmingly support, but leaders are sweating over the possibility that several legislators may break ranks and vote no out of fear of retribution from pro-Trump voters in swing districts back home.

Trump is accused of using a delay in delivery of foreign aid money to Ukraine to try to force the country to open a deliberately embarrassing corruption probe into a main 2020 reelection rival, Democrat Joe Biden.

Trump is also accused of obstructing Congress by refusing to cooperate with the impeachment investigation, barring staff from testifying and holding back documentary evidence.

“This is about protecting our democracy. These facts are beyond dispute. The only question now is whether we are willing to tolerate such conduct,” Massachusetts Democrat Jim McGovern told the House.

One Democratic legislator who was skeptical about supporting impeachment, Debbie Dingell from Michigan, wrote in The New York Times that she’d finally come around to backing the vote because Trump poses “a threat to our democracy.”

“If we don’t address this abuse of power, we abdicate our constitutional and moral responsibility,” she said.

Pelosi has tried to show she is taking the high road in a saga that has seen both sides, and especially Trump himself, repeatedly accuse opponents of everything from treason to stupidity.

But she dropped her icy demeanor after Trump published his lengthy letter, much of it reading like an extended version of his stream-of-consciousness tweets.

The letter was “really sick,” she said.

Protests in support of impeachment broke out in several cities including New York, Boston, New Orleans and Los Angeles.

At a gathering of about 200 protesters outside Congress on Wednesday, television producer Susanna Kanner, 37, said Trump was a “criminal.”