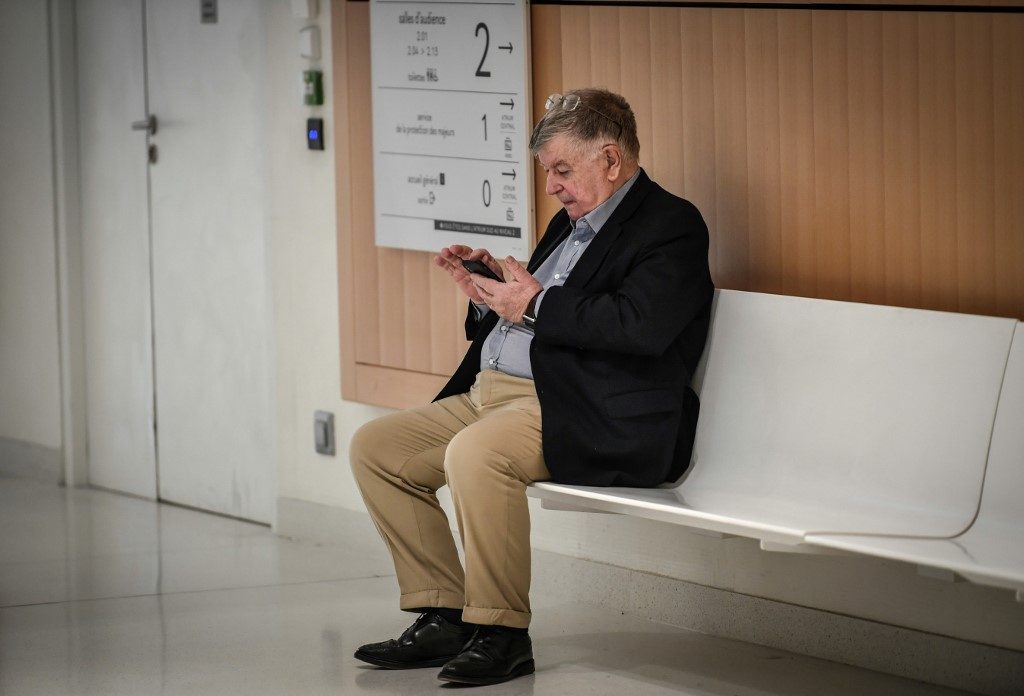 Facebook Twitter Copy URL
Copied
The investigation looks into the cases of 39 employees, 19 of whom killed themselves, 12 who tried to, and 8 who suffered from acute depression or were signed off sick as a result of the pressures

PARIS, France – A French court will rule on Friday, December 20, whether the former CEO of France Telecom and other executives carried out “institutional harassment” that sparked a spate of suicides at the company.

Between 2008 to 2009, 35 employees of the former state-owned telecom giant, now called Orange, took their own lives as managers embarked on a vast restructuring plan that included cutting 22,000 jobs.

The episode became a rallying cry for critics demanding action against “moral harassment” by bosses focusing ruthlessly on the bottom line at the expense of employees’ wellbeing.

Prosecutors sought a one-year prison term for former chief Didier Lombard and the maximum fine of 15,000 euros during a trial that wrapped up in July.

France Telecom itself was charged with “institutional harassment” and faces a fine of up to 75,000 euros.

Lombard’s deputy and the human resources director could also face a year in prison, while 4 other executives were charged with complicity in harassment, with prosecutors seeking 8-month terms and 10,000 euro fines.

“What is unacceptable is that harassment was a strategy in one of the country’s biggest companies,” prosecutor Brigitte Pesquie told the court.

Her colleague Francoise Benezech denounced an “obsession” with cutting 22,000 jobs out of 120,000 in 3 years as part of the strategic overhauls, saying it had become the company’s raison d’etre.

“You knew your methods were going to ruin working conditions,” she said.

Lombard denied that management bore any responsibility for the deaths, despite having told managers in 2006 that he would “get people to leave one way or another, either through the window or the door.”

“The transformations a business has to go through aren’t pleasant, that’s just the way it is, there’s nothing I could have done,” he told the court.

The victims’ families and unions accuse France Telecom of systematic psychological abuse aimed at pushing out people at its nearly 23,000 sites across the country, including forcing workers to change jobs or to relocate for work.

The investigation focused on the cases of 39 employees, 19 of whom killed themselves, 12 who tried to, and 8 who suffered from acute depression or were signed off sick as a result of the pressures.

Some of the victims, including one who jumped out of a 5th-floor window in front of her colleagues, left notes expressing deep unhappiness at work.

In July 2009, a 51-year-old technician from Marseille killed himself, leaving a letter accusing bosses of “management by terror.”

Lombard, who was forced to step down in 2010, a few months after the suicides became headline news, argued that he was battling to save France Telecom from bankruptcy after its privatization in 2004.

In a letter he read to the court, Lombard also expressed his “sincere and profound sadness that this situation involuntarily contributed to the fragility of some, to the point that they carried out this irreparable act.”

His remarks infuriated some former employees who attended the trial.

“Saving a company means the loss of human lives, and he couldn’t do anything about it?”said Yves Minguy, an IT specialist who suffered severe depression which he said resulted from intense pressure by his supervisors.

Although the defendants recognized the restructuring would be tough for employees, they denied it involved moral harassment, which the French legal code defines as “frequently repeated acts whose aim or effect is the degradation of working conditions.”

Claudia Chemarin, a lawyer for France Telecom, told the court it was not possible to prove any “intentional element of harassment with regard to each” of the victims. – Rappler.com