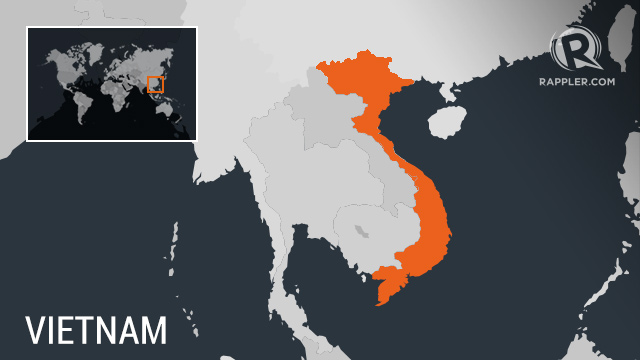 The bust comes at the end of a year of big wildlife seizures destined for communist Vietnam, a hotbed of the illicit but lucrative trade in animal parts from elephants, pangolins, tigers and rhinos.

The manifest listed the goods as high-end lumber, the online site said, adding that the haul was hidden in boxes at the back of the containers.

Both items are highly sought after on the multibillion-dollar illegal wildlife market.

Vietnam outlawed the ivory trade in 1992, but the illegal market still persists and shops sell items pre-dating the ban for decorative and medicinal purposes.

The pangolin is considered the most trafficked animal on the planet, and over one million have been snatched from Asian and African forests in the past decade.

They are destined for markets in China and Vietnam, where their scales are used in traditional medicine and their meat is bought on the black market.

Hanoi has vowed to crack down on the illegal wildlife trade, but conservationists say it persists thanks to weak law enforcement.

In May, Vietnamese police found 5.3 tons of pangolin scales hidden in a shipment from Nigeria at a southern port.

Some two months later in July, authorities in Singapore seized nearly nine tonnes of ivory and a huge stash of pangolin scales destined for Vietnam.

During the same month dozens of live pangolins smuggled from Laos were discovered dehydrated and weak on a bus in a central region of the country. – Rappler.com