Mexico vows to take Bolivia to court over embassy spat 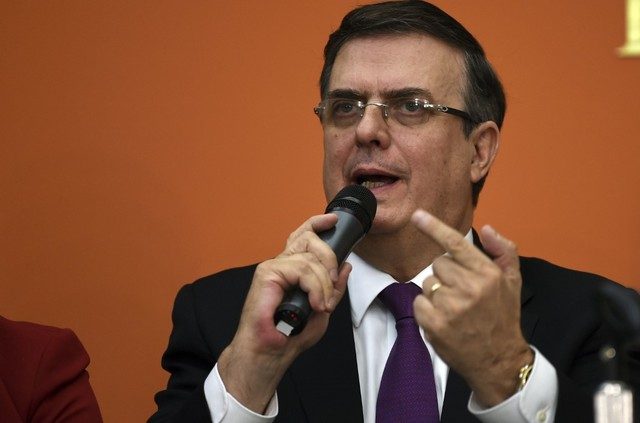 MEXICO CITY, Mexico – Mexico threatened Thursday, December 26, to take Bolivia to the International Court of Justice over what it calls harassment of its diplomatic mission in La Paz, after its embassy sheltered some 20 officials from the former government.

The two countries have been in a spiraling spat since Mexico granted asylum to Bolivian ex-president Evo Morales, who resigned on November 10 in the face of mass protests, and granted refuge to top officials from his leftist government at its embassy.

Mexico accuses Bolivia’s new interim government of responding with a campaign of “harassment and intimidation” by deploying a large contingent of police and intelligence officers outside the embassy. That move, according to Mexico, violates the 1961 Vienna Convention on the protected status of diplomatic missions.

Mexican Foreign Minister Marcelo Ebrard said his staff would file a complaint later Thursday with the International Court of Justice in the Hague.

“We are simply proposing that the integrity of our diplomatic installations, which are Mexican territory, be respected and preserved… as well as that of the people inside,” he said.

He called for the international community’s help to resolve the “emergency.”

Mexican President Andres Manuel Lopez Obrador said that “not even [Augusto] Pinochet,” the late Chilean dictator, had violated foreign diplomatic missions so egregiously during his regime’s campaign to wipe out leftist opponents.

Mexico’s top diplomat for Latin America, Maximiliano Reyes, called for a meeting in a 3rd country to resolve the standoff.

Bolivia’s interim government denied wrongdoing and accused Mexican officials of a “flagrant contradiction,” saying Mexico itself had requested increased security at its embassy and ambassador’s residence on three occasions.

Any complaint by Mexico to the International Court of Justice “would be rejected immediately,” said Bolivian Foreign Minister Karen Longaric.

“Bolivia has not violated the Vienna Convention,” she told a news conference.

Since right-wing interim president Jeanine Anez took over from Morales, the Bolivian authorities have issued arrest warrants for 4 of the ex-officials inside the Mexican embassy, accusing them of “sedition” and “terrorism” in connection with protest violence that killed 36 people.

Bolivia has been in turmoil since Morales, who had been in power since 2006, declared he won re-election to a controversial 4th term in a vote that was marred by accusations of fraud.