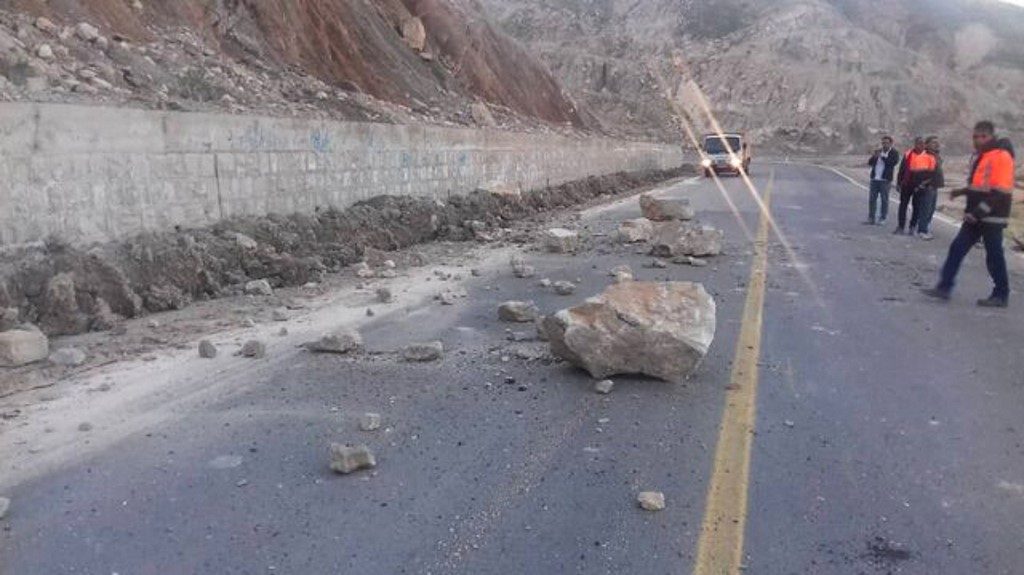 TEHRAN, Iran – An earthquake struck Iran on Friday, December 27, less than 50 kilometers (30 miles) from the country’s only nuclear power plant, monitors said. There were no immediate reports of any casualties or damage.

The US Geological Survey said the 5.1 magnitude quake struck 44 kilometers (27 miles) from the southwestern city of Borazjan and at a depth of 38 kilometers.

Its reported epicenter is 45 kilometers east of the Bushehr nuclear power plant, on the southwest Gulf coast.

The Iranian Seismological Center said in a preliminary report on its website that the strength of the quake was 4.9 magnitude and that its depth was 10 kilometers.

The quake jolted villages near Kalameh city, the semi-official ISNA news agency said, adding there were no reports of any casualties or damage.

“Based on the assessments of teams in the field, fortunately this earthquake has caused no damage,” the head of the province’s crisis center, Jahangir Dehghani, said on state television.

“The Ahram-Kalameh road was blocked by a landslide and it is currently being cleared,” he added.

Buildings in nearby towns and villages had some “cracked walls but nothing has collapsed.”

Photographs published by Iranian news agencies showed bulldozers clearing a road and damage done to the walls of a historical castle in Bushehr.

The Bushehr plant, which produces 1,000 megawatts of power, was completed by Russia after years of delay and officially handed over in September 2013.

In 2016, Russian and Iranian firms began building two additional 1,000-megawatt reactors at Bushehr. Their construction was expected to take 10 years.

Iran’s Gulf Arab neighbors have often raised concerns about the reliability of the Bushehr facility and the risk of radioactive leaks in case of a major earthquake.

There were no immediate reports of damage to the facility.

The Islamic republic is seeking to reduce its reliance on oil and gas with 20 nuclear power plants planned over the coming years.

Its nuclear program is at the center of a dispute with the United States, which suspects Iran is trying to obtain a nuclear weapons capability, something the Islamic republic vehemently denies.

Tensions have escalated since May last year when US President Donald Trump withdrew from a landmark 2015 accord.

The Joint Comprehensive Plan of Action, or JCPOA, gave Iran relief from sanctions in return for curbs on its nuclear program.

In November 2017, a 7.3-magnitude quake in the western province of Kermanshah killed 620 people.

In 2003, a 6.6-magnitude quake in southeastern Iran decimated the ancient mud-brick city of Bam and killed at least 31,000 people.