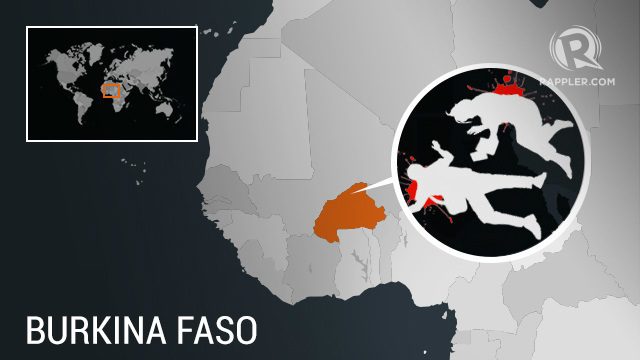 ABIDJAN, Ivory Coast – The Islamic State (ISIS) group on Friday, December 27, claimed an attack that killed 7 soldiers at their base in Burkina Faso, according to the United States group SITE that monitors extremist groups.

The Islamic State West Africa Province (ISWAP) did not claim responsibility, however, for a simultaneous assault Tuesday, December 24, on the nearby city of Arbinda that left 35 civilians dead, including 31 women.

The overall death toll of 42 was one of the highest suffered in Burkina Faso since jihadist violence erupted there 5 years ago, and President Roch Marc Christian Kabore declared two days of national mourning. (READ: Burkina Faso in mourning amid wave of jihadist attacks)

An ISWAP suicide driver blew up his vehicle at the base, which was then attacked “by more than 200 heavily armed individuals in pick-up trucks and on motorcycles,” a security source told AFP.

Intense fighting that lasted several hours “killed 7 elements” among the Burkina troops, according to the ISWAP message that SITE translated from the original Arabic.

ISWAP is a breakaway faction of the Nigerian jihadist group Boko Haram.

Since 2015, increasingly deadly attacks in the country have killed around 750 people according to an AFP count, and forced 560,000 people from their homes according to United Nations figures.

The entire Sahel region, especially Mali, Burkina Faso, and Niger, is confronting a relentless wave of jihadist attacks with help from Western countries, but has not managed to stem the bloodshed. – Rappler.com