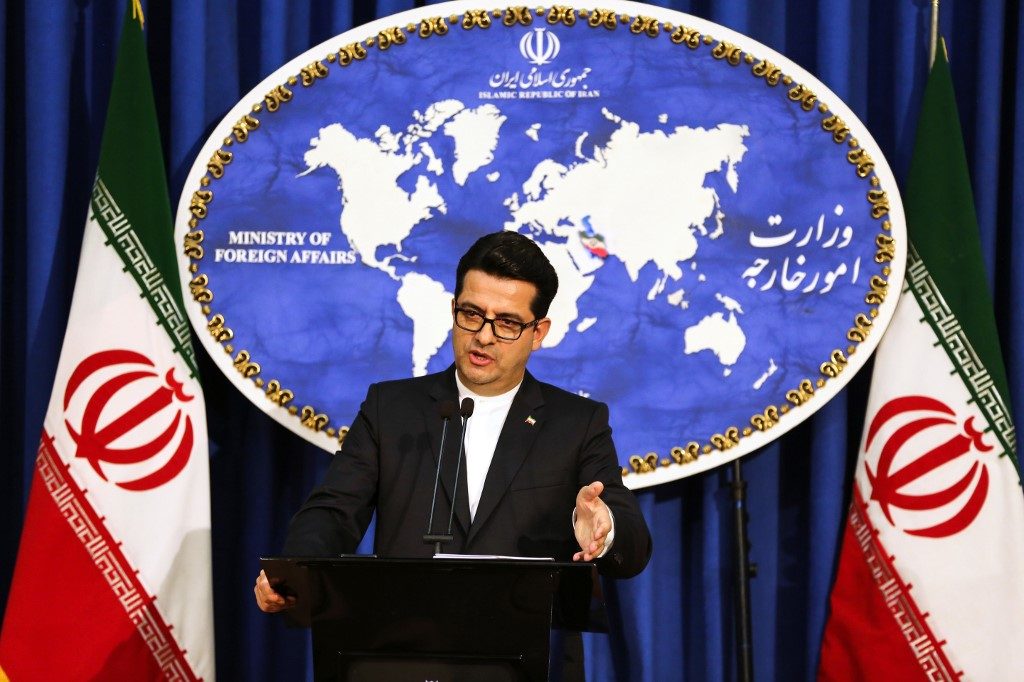 TEHRAN, Iran (UPDATED) – Iran accused France on Sunday of “interference” in the case of an Iranian-French academic held in the Islamic republic, saying she is considered an Iranian national and faces security charges.

France said Friday, December 27, that it summoned Iran’s ambassador to protest the imprisonment of Fariba Adelkhah and another academic, Roland Marchal of France, saying their detention was “intolerable.”

Their imprisonment has added to distrust between Tehran and Paris at a time when French President Emmanuel Macron is seeking to play a leading role in defusing tensions between Iran and its arch-foe the United States.

“The individual in question (Adelkhah) is an Iranian national and has been arrested over ‘acts of espionage’,” he said, adding that her lawyer had knowledge about the details of the case which is being investigated.

Iran does not recognize dual nationality and has repeatedly rebuffed calls from foreign governments for consular access to those it has detained during legal proceedings.

In its statement on Friday, the French foreign ministry reiterated its call for the release of Adelkhah and Marshal.

In response, Mousavi said Marshal was detained for “conspiring against national security”, that he has had “consular access multiple times” and that his lawyer was in touch with the judiciary.

A specialist in Shiite Islam and a research director at Sciences Po University in Paris, Adelkhah’s arrest for suspected “espionage” was confirmed in July.

Her colleague Marchal was arrested while visiting Adelkhah, according to his lawyer.

The university and supporters said this week that Adelkhah and another detained academic, Australian Kylie Moore-Gilbert, had started an indefinite hunger strike just before Christmas.

The French statement said the ministry had made clear to the ambassador “our grave concern over the situation of Mrs. Fariba Adelkhah, who has stopped taking food.”

The latest tensions come after Xiyue Wang, an American scholar who had been serving 10 years on espionage charges, was released by Iran this month in exchange for Massoud Soleimani, an Iranian who had been held in the US for allegedly breaching sanctions.

Iran has said it is open to more such prisoner swaps with the United States.

US-Iran tensions have soared since Washington pulled out of a landmark nuclear agreement with Tehran last year and reimposed crippling sanctions. – Rappler.com