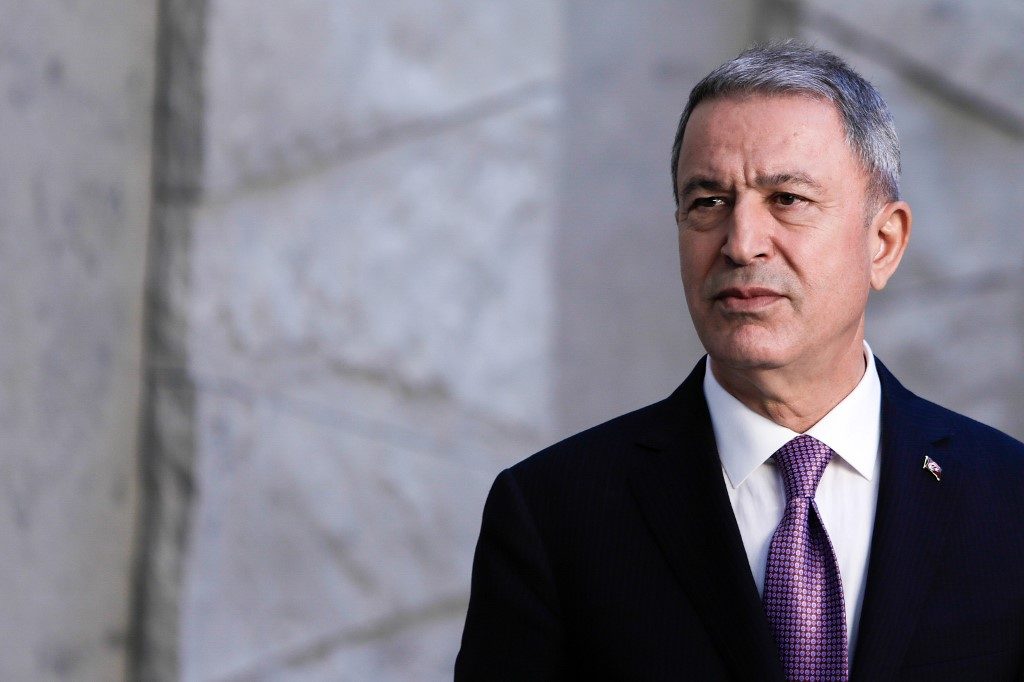 ISTANBUL, Turkey (UPDATED) – Turkey will not withdraw from its observation posts in Syrian rebel bastion province of Idlib which has seen an increase in violence carried out by regime forces supported by Russian airstrikes, the defense minister said.

The posts were established under a September 2018 deal between Syrian regime ally Moscow and Ankara, which backs the rebels, to avert an all-out Syrian government onslaught in Idlib.

Government forces surrounded one of 12 Turkish observation posts in Idlib province on Monday after overrunning nearby areas in a push to take the last opposition holdout, according to the Syrian Observatory for Human Rights.

“We respect the agreement reached with Russia and we expect Russia to abide by this agreement,” Turkish Defence Minister Hulusi Akar said in comments published on Sunday, December 29, on the defense ministry’s Twitter account.

“We will by no means empty those 12 observation posts, we will not leave there,” Akar said.

His comments came during a visit together with top army commanders to the southern province of Hatay on the Syrian border to inspect Turkish troops on Saturday, December 28.

Turkey, worried over a new wave of refugees from the Idlib region, is pressing for a fresh ceasefire deal, as it sent a delegation to Moscow on Monday.

“We are doing what’s needed to put an end to this massacre,” Akar was quoted as saying by the official news agency Anadolu.

He said Ankara expected Damascus ally Russia to “use its influence on the regime in order to stop ground and air assault” in Idlib.

The latest violence has displaced more than 235,000 people and killed scores of civilians, despite an August ceasefire deal and international calls for a de-escalation.

The Idlib region hosts some three million people including many displaced by years of violence in other parts of Syria.

“As long as this pressure remains in place, it will trigger a new migrant wave and put further burden on Turkey which is already hosting nearly 4 million Syrian brothers,” said Akar.

Around 300 protesters – mostly Syrians living in Turkey –  held an anti-Moscow demonstration near the Russian consulate in Istanbul on Saturday against the intensified attacks in Idlib, shouting “murderer Putin, get out of Syria!,” referring to Russian President Vladimir Putin.

Akar’s visit to soldiers on the border region comes as Turkey is also readying to send troops to support the UN-recognised government in Tripoli against strongman Khalifa Haftar’s self-styled Libyan National Army.

“The Turkish Armed Forces are ready for whatever task is given in order to protect our country and people’s interests,” Akar said.

President Recep Tayyip Erdogan on Thursday, December 26, said Ankara would respond to an invitation from the Libyan national unity government and Turkish parliament would vote on a motion to send troops as soon as it returns from recess as early as next month.

Ankara signed in November a security and military cooperation deal with the Tripoli-based Government of National Accord (GNA) but in order to send troops, parliament needs to vote a motion as it does for Iraq and Syria.

The official Anadolu news agency, citing sources in Erdogan’s ruling party, reported that the timetable could be brought forward and the motion could be presented to parliament speaker’s office on Monday.

The General Assembly could vote the measure in an extraordinary session on Thursday, January 2, it said. Parliament is due to return from recess on January 7. – Rappler.com