Jan 3, 2020 9:57 PM PHT
Agence France-Presse
Facebook Twitter Copy URL
Copied
Authorities are still in the process of identifying the cause of the infection, but 'influenza, avian influenza, adenovirus infection, and other common respiratory diseases' have been excluded 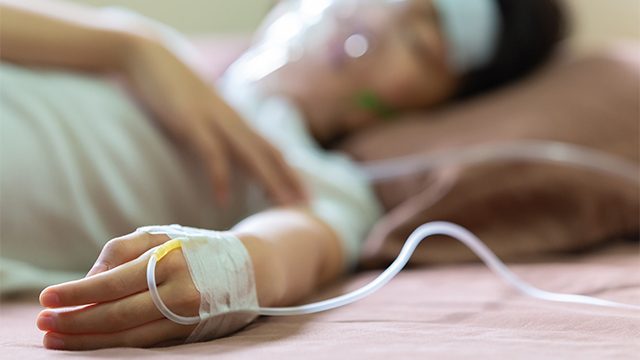 BEIJING, China – China on Friday, January 3, confirmed more cases of a mystery viral pneumonia that has sparked fears about a resurgence of SARS, the flu-like virus that killed hundreds of people more than a decade ago.

The 44 cases, up from the initial 27 announced Tuesday, December 31, include 11 “severe cases,” health authorities in the central Chinese city of Wuhan said in a statement.

“The vital signs of the other patients are generally stable,” the statement said.

The authorities are still in the process of identifying the cause of the infection, but “influenza, avian influenza, adenovirus infection and other common respiratory diseases have been excluded,” the Wuhan health commission said on Friday, without mentioning SARS, which is caused by a coronavirus.

News of the mystery pneumonia outbreak earlier this week led to speculation online that it might be linked to Severe Acute Respiratory Syndrome, a highly contagious respiratory disease.

Wuhan police on Wednesday, January 1, said they had punished 8 people for “publishing or forwarding false information on the internet without verification.”

The health commission said all patients have received treatment in isolation and the city was tracking people who had come into close contact with the patients.

Some of those being treated work in a seafood market in the city, and “no obvious evidence of human to human transmission” has been found so far, the commission said.

The World Health Organization (WHO) criticized China for under-reporting the number of SARS cases following the outbreak in 2003.

SARS killed 349 people in mainland China and another 299 in Hong Kong that year.

The virus, which infected more than 8,000 people around the world, is expected to have originated in the southern Chinese province of Guangdong, according to WHO.

China sacked its then health minister Zhang Wenkang for the poor handling of the crisis in 2003, several months after the first case was reported.

WHO announced that China was free of SARS in May 2004. – Rappler.com