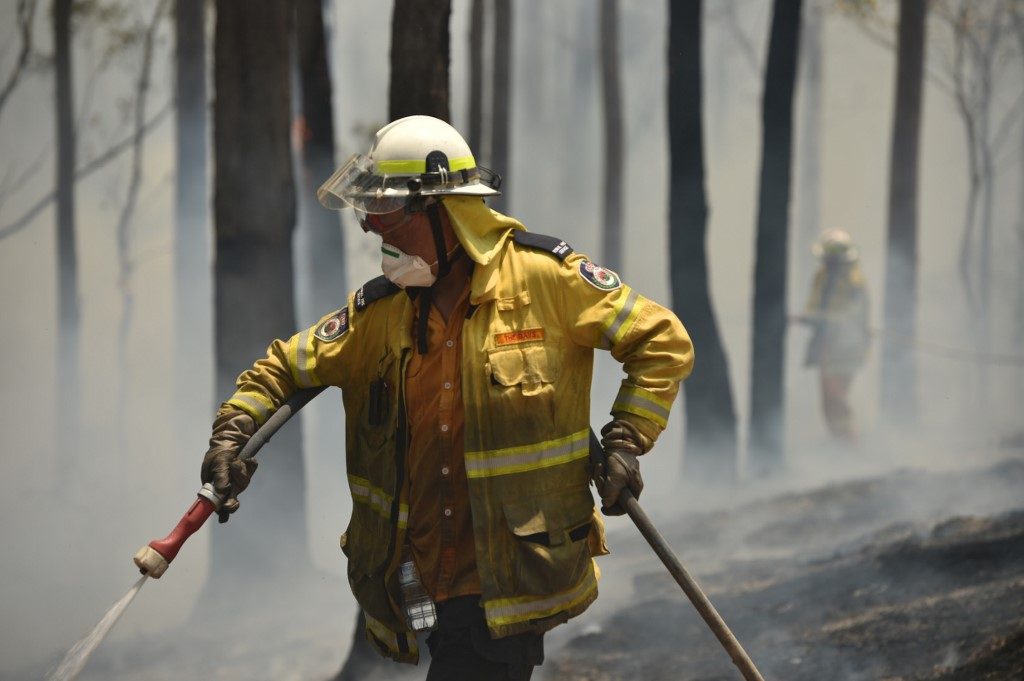 “Today’s decision puts more boots on the ground, puts more planes in the sky, puts more ships at sea,” said Morrison, who has been pilloried for his response to the deadly months-long disaster.

A two-star general has also been appointed to oversee the military’s response to the crisis and the HMAS Adelaide – a helicopter carrier – has been deployed to help the bushfire effort.

Around 2,000 military personnel have already been deployed.

In the small town of Mallacoota, Australia’s navy was called in to evacuate around 1,000 people trapped by fire and forced to wait for days on the foreshore.

“The Government has not taken this decision lightly,” said minister of defence Marise Payne. “It is the first time that reserves have been called out in this way in living memory and, in fact, I believe for the first time in our nation’s history.”

A much smaller number of reservists had been called up late last year to assist with the bushfire crisis in Queensland.

The announcement came after weeks of criticism target at Morrison over his decision to go on holiday to Hawaii in the throes of the crisis, refusal to raise emissions targets or curb coal exports.

Morrison defended his handling of the crisis and sought to play down the significance of heckling against him in bushfire-hit communities.

A tearful pregnant woman and a volunteer firefighter refused to shake his hand and other residents peppered him with verbal abuse and suggested, colourfully, that he leave.

“People in these situations have a mix of emotions,” Morrison said. “These arms have given a lot of hugs.” – Rappler.com