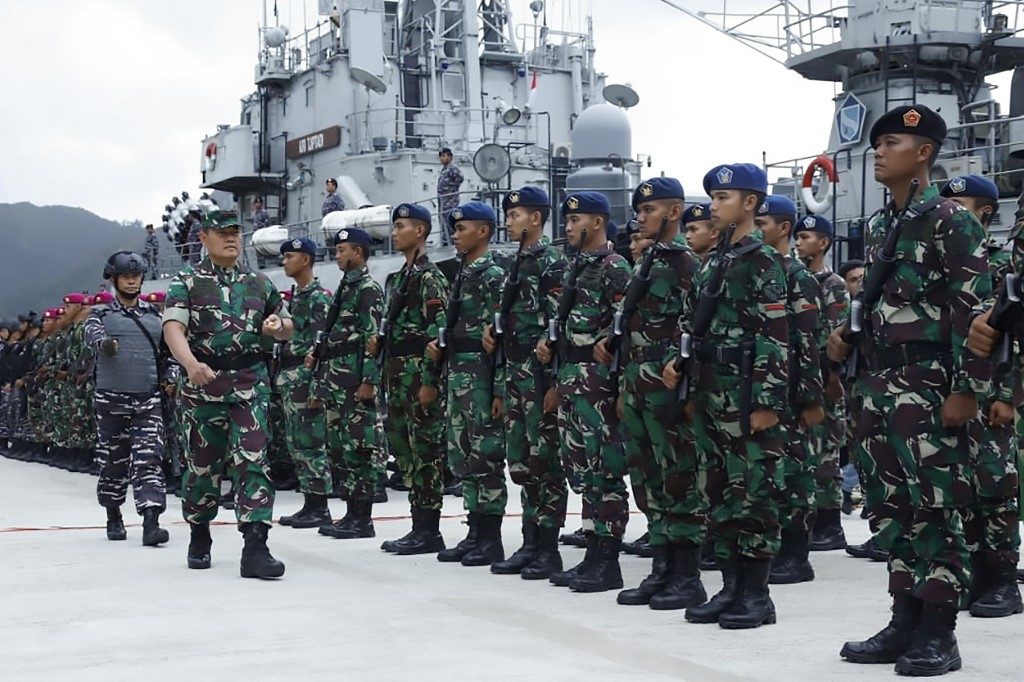 Military aircraft and three warships with some 600 navy, army and air force personnel have been deployed to waters around the Natuna islands, which border the South China Sea.

Indonesia has detained Chinese vessels in the fishing-rich waters in the past.

The move comes after Indonesia summoned the Chinese ambassador this week and lodged a “strong protest” over a Chinese coast guard vessel escorting Chinese fishing boats around the islands in mid-December.

Beijing responded that it has “historic rights” in the region and that fishing boats had been carrying out “legal and reasonable” activities.

China lays claim to huge swathes of the South China Sea, where it is accused of building military installations and artificial islands – and ramming fishing vessels.

Vietnam, Taiwan, the Philippines, Malaysia and Brunei also have claims in the South China Sea.

Beijing claims the majority of the resource-rich waterway through the so-called 9-dash line, a vague delineation based on maps from the 1940s as the then Republic of China snapped up islands from Japanese control.

Indonesia does not have a claim in the South China Sea, but said it would not tolerate incursions by China – a key trading partner – into its nearby waters.