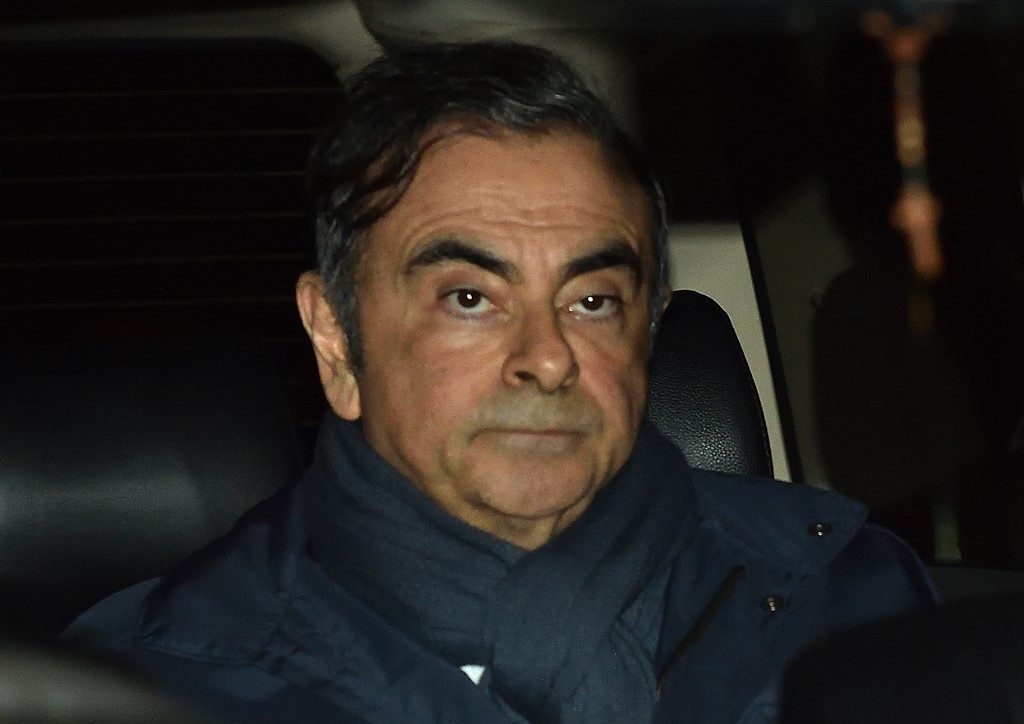 TOKYO, Japan – Carlos Ghosn’s escape from Japan is “unjustifiable” and he is thought to have left the country using “illegal methods,” the Japanese justice minister said on Sunday, January 5, in the first official public comments on the case.

The 65-year-old former Nissan boss skipped bail and fled Japan where he was awaiting trial over multiple counts of financial misconduct that he denies. (READ: Carlos Ghosn’s escape: What we know)

It was the latest twist in a saga that has gripped the business world, and his escape from Japan has left authorities there red-faced and scrambling to defend their justice system from fierce international criticism.

“Our country’s criminal justice system sets out appropriate procedures to clarify the truth of cases and is administered appropriately, while guaranteeing basic individual human rights. The flight by a defendant on bail is unjustifiable,” said Masako Mori.

“It is clear that we do not have records of the defendant Ghosn departing Japan. It is believed that he used some wrongful methods to illegally leave the country. It is extremely regrettable that we have come to this situation,” added the minister.

She confirmed Ghosn’s bail has already been cancelled and that an Interpol “red notice” had been issued.

In separate comments, the public prosecutors office deemed Ghosn’s flight a “crime” and said the tycoon had “knowingly flouted” the country’s judicial procedures.

In their first remarks since Ghosn’s dramatic flight just before the New Year, prosecutors said the escape vindicated their argument that he should have been kept in custody.

“The defendant Ghosn had abundant financial power and multiple foreign bases. It was easy for him to flee,” the statement said.

He had “significant influence” inside Japan and globally, and there was a “realistic danger” he would destroy evidence related to the case, they added.

Ghosn twice won bail by persuading the court he was not a flight risk – decisions seen as controversial at the time.

Prosecutors argue that the lengthy detention is required to prove guilt beyond doubt and they are unwilling to charge a suspect if their case is not iron-clad.

The court is fair and will only find people guilty beyond reasonable doubt, they said in their statement.

“Therefore it was necessary and unavoidable to detain the defendant Ghosn in order to continue fair and appropriate criminal proceedings,” they said.

Ghosn himself did appear once in court, under a little-used procedure to ask why he was still being detained.

At this appearance, he said he was eager to defend himself at a court trial and clear his name.

However, the prosecutors said that by fleeing Japan, he had “violated that oath” and “refused to obey the judgement of our nation’s court.”

“He wanted to escape punishment for his own crime. There is no way to justify this act,” they added.

Ghosn himself has said he left Japan because he was no longer willing to be “held hostage by a rigged Japanese justice system.”

Amid fanciful accounts of a Houdini-like escape from Japan, he appears to have simply walked out of his house, according to security camera footage seen by Japanese public broadcaster NHK – before boarding a private jet to Beirut via Istanbul. (READ: Turkish private jet firm says planes used ‘illegally’ in Ghosn escape)

Japan has launched a probe into the humiliating security lapse and prosecutors said they would “coordinate with the relevant agencies to swiftly and appropriately investigate the matter.”

The 65-year-old former Nissan boss has vowed to give his own account at a hotly awaited press conference in Beirut this week. – Rappler.com