6 Germans killed as car plows into pedestrians in Italy 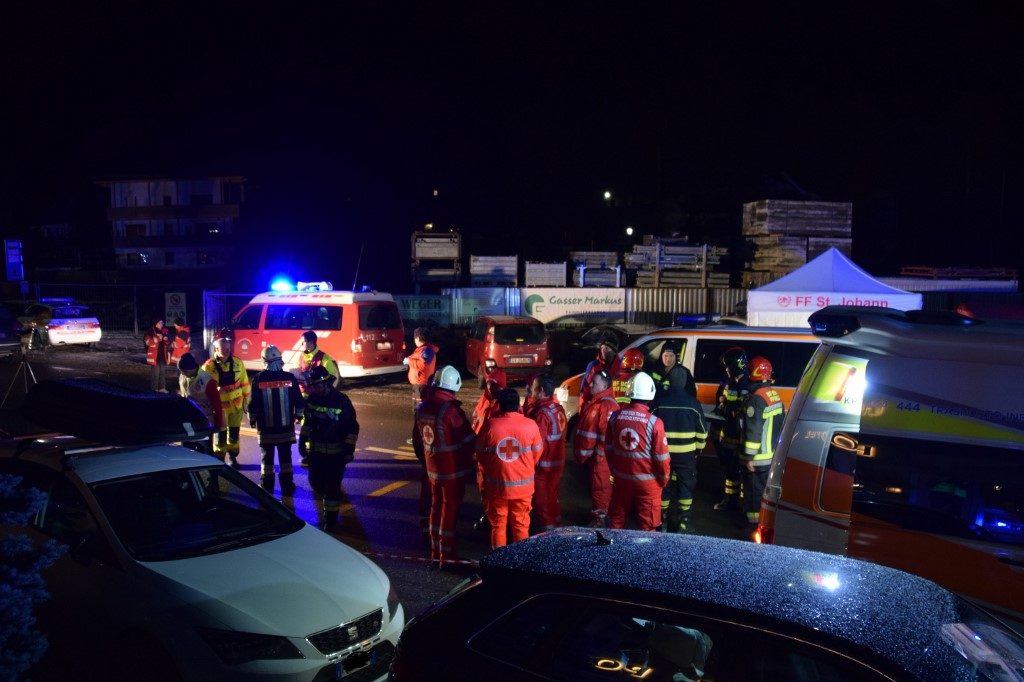 Facebook Twitter Copy URL
Copied
Eleven other people are injured, including two from the South Tyrol region where the incident happened

ROME, Italy – Six Germans were killed when a car plowed into them after they left a nightclub in the Italian Alps on Sunday, January 5, emergency services said, adding that 11 others were injured.

Media reports said the driver may have been drunk.

The accident happened at around 1:15 am (0015 GMT or 8:15 am Philippine time) in the village of Lutago near the Austrian border in the South Tyrol region, which is popular with skiers.

The group of Germans had spent the evening at the nightclub and were near their bus when the car slammed into them at high-speed.

Some of them were propelled dozens of meters by the impact.

Six Germans were killed, a fire service official in Lutago told Agence France-Presse. Eleven other people were injured, including two from the region.

Two who were in a very serious condition were flown by helicopter to a hospital in Innsbruck in Austria. The 9 others were taken to regional hospitals.

According to Rainews24, the driver was a 28-year-old man who lived locally and who “may have had a high level of alcohol in his blood.”

He was arrested and put in hospital under a police guard.

More than 150 emergency workers were mobilized following the tragedy, and a field hospital was set up by the roadside to provide first aid.

Lutago, located at an altitude of 970 meters (3,200 feet) in the picturesque Aurina valley, is popular with tourists who use the ski slopes of Klausberg and Speikboden.

The village of about 800 residents is the location for a popular Italian television series “A un passo del ciel” (“One step from heaven”).

Last week, 3 Germans – a woman and two girls, one of them aged 7 – were killed in an avalanche in South Tyrol. – Rappler.com