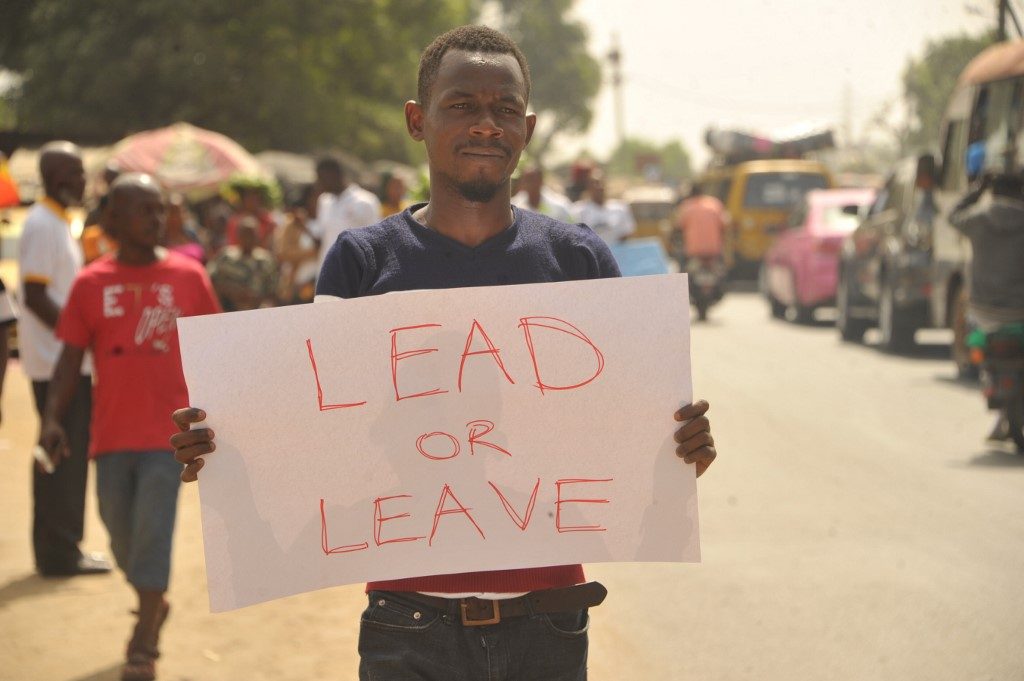 The demonstration follows two mass rallies against the footballer-turned-president this summer, as the impoverished West African country struggles with corruption and rising prices.

Tensions have risen in recent weeks after the government said it would block any protest before the end of January and opposition group the Council of Patriots vowed to defy the ban.

Some 3,000 people rallied outside Monrovia’s Capitol building, according to an AFP journalist, carrying banners reading “March for Justice,” while police diverted traffic from the city center.

Despite some businesses in Monrovia closing for fear of violence, the atmosphere at the protest was calm.

“I am right now in the streets, there are no guns, no police is chasing anybody,” Council of Patriots Chairman Henry Costa posted on social media.

“We have to make history,” he added.

Anthony Wright, a protester, told AFP he would stand outside the Capitol building “until we are asked by our chairman to go home.”

Weah is under growing pressure to revive Liberia’s dire economy, which is flailing after back-to-back civil wars and the 2014-2016 Ebola crisis.

Inflation is soaring, according to the World Bank, and civil servants regularly go unpaid.

Liberia’s justice ministry said in a statement Sunday that it would provide security for the protest but warned that COP leaders would be held accountable if they broke the law.

Thousands of Liberians already took to the streets in June and July to protest living conditions and spiralling inflation under Weah. – Rappler.com