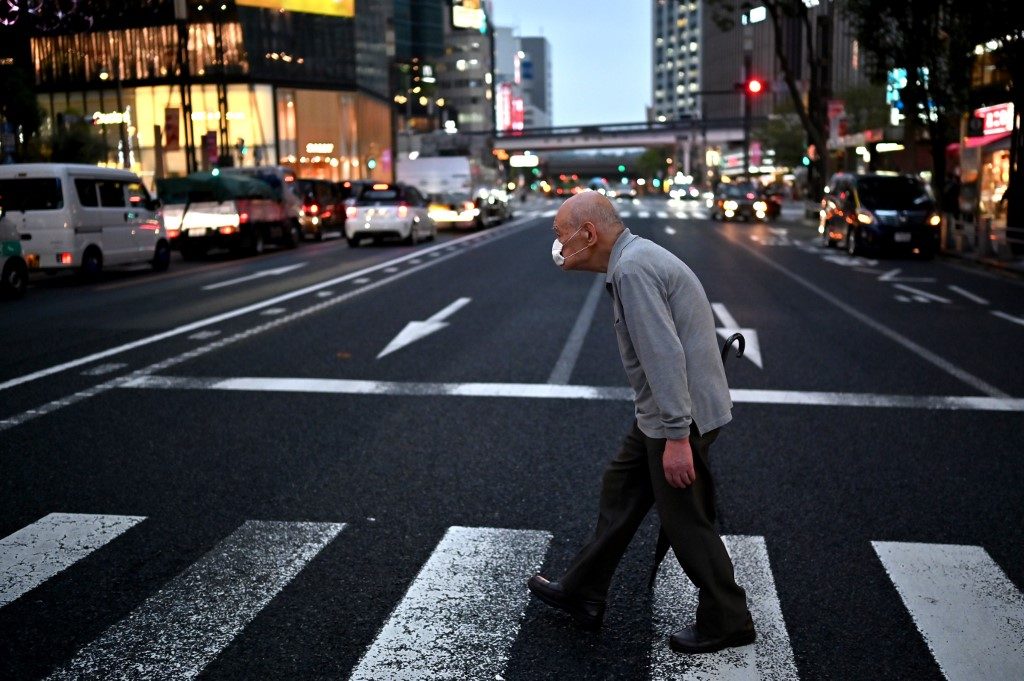 Facebook Twitter Copy URL
Copied
(UPDATED) 'I had to do it for the sake of society,' says Satoshi Uematsu, a former employee of the care center outside Tokyo

YOKOHAMA, Japan (UPDATED) – The man accused of murdering 19 disabled people at a Japanese care home in one of the country’s worst mass killings pleaded not guilty Wednesday, January 8, as his trial began.

Satoshi Uematsu, a former employee of the care center outside Tokyo, did not dispute his involvement in the 2016 stabbing rampage during his first court appearance on charges including murder.

After prosecutors read out the details of the charges, the judge asked Uematsu “is there anything in the charges that differs from the facts?”

“No there isn’t,” Uematsu replied, dressed in a navy suit with a white shirt and tie, his long black hair tied back in a ponytail. (READ: LIST: Horror crimes in Japan)

But despite admitting the horrifying attack, Uematsu’s lawyers entered a plea of not guilty, saying their client was suffering a “mental disorder” linked to his use of marijuana.

“He abused marijuana and suffered from mental illness. He became a different person and as a result, this incident happened,” his lawyer said.

“He was in a condition in which either he had no capacity to take responsibility or such a capacity was significantly weakened.”

The session was disrupted shortly after it began when court security restrained Uematsu after he reportedly attempted to put something in his mouth.

The disturbance prompted the judge to call an unscheduled recess, and Uematsu was not in court when the session briefly resumed in the afternoon.

Uematsu has reportedly said he wanted to eradicate all disabled people in the horrifying attack at the Tsukui Yamayuri-en center in the town of Sagamihara outside Tokyo, which also injured 26 people.

He turned himself in to police after the attack, carrying bloodied knives, and it later emerged that he had left his job at the home just months earlier and had been forcibly hospitalized after telling colleagues he intended to kill disabled people at the center.

He had been discharged after 12 days when a doctor decided he was not a threat. He had also written a letter outlining plans to attack the home, claiming “disabled people only create unhappiness.”

Prosecutors said they would prove he was capable of taking responsibility for the attack, adding the rampage was “inhumane” and left “no room for leniency.”

Uematsu faces the death penalty if convicted on some of the 6 charges, including murder, with a verdict expected on March 16.

Since his arrest, he has shown no remorse, telling Japan’s Mainichi Shimbun daily in an interview that people with mental disabilities “have no heart,” and “there’s no point in living” for them.

“I had to do it for the sake of society,” he said of the attack.

Uematsu’s beliefs shocked Japan, with experts and activists raising questions about whether others might hold similar views.

Japan has been making efforts to increase accessibility – particularly in Tokyo ahead of this year’s Paralympic Games – and activists hailed last year’s election of two disabled lawmakers.

But some critics feel the country still falls short of fully integrating people with disabilities.

The case has attracted significant attention, with hundreds of people lining up in the rain for a chance to attend the first session.

“I want to know why he came to have such ideas about disabled people,” Yuki Kuriyama, 41, who uses a wheelchair, told Agence France-Presse.

“I am worried not only about a man who thinks that way but also about this entire society where there are some people who apparently agree with his ideas.”

Many of the names of those killed in the rampage have been withheld by family members fearful of similar attacks or discrimination.

The relative of a 55-year-old man killed at the home told NHK that a long-time neighbor had remarked afterwards: “It’s sad that it happened, but wasn’t it good for you?”

Among the few victims to be identified publicly was a 19-year-old woman, Miho, whose mother told Japanese media she hoped the trial would start a conversation on “how we can build a society to prevent a recurrence of this sad incident.”

“I want Miho to be remembered,” she added. “She was a daughter we were very proud of.”

After the hearing, Takashi Ono, whose adult son suffered severe wounds but survived Uematsu’s knife attack, stressed the importance of building a society where all people can live with no prejudice.

“In this society, people have right to live with no fear and shame regardless of whatever disabilities you may have,” he told a press conference.

“What he did cannot be forgiven. Absolutely not,” he said. – Rappler.com