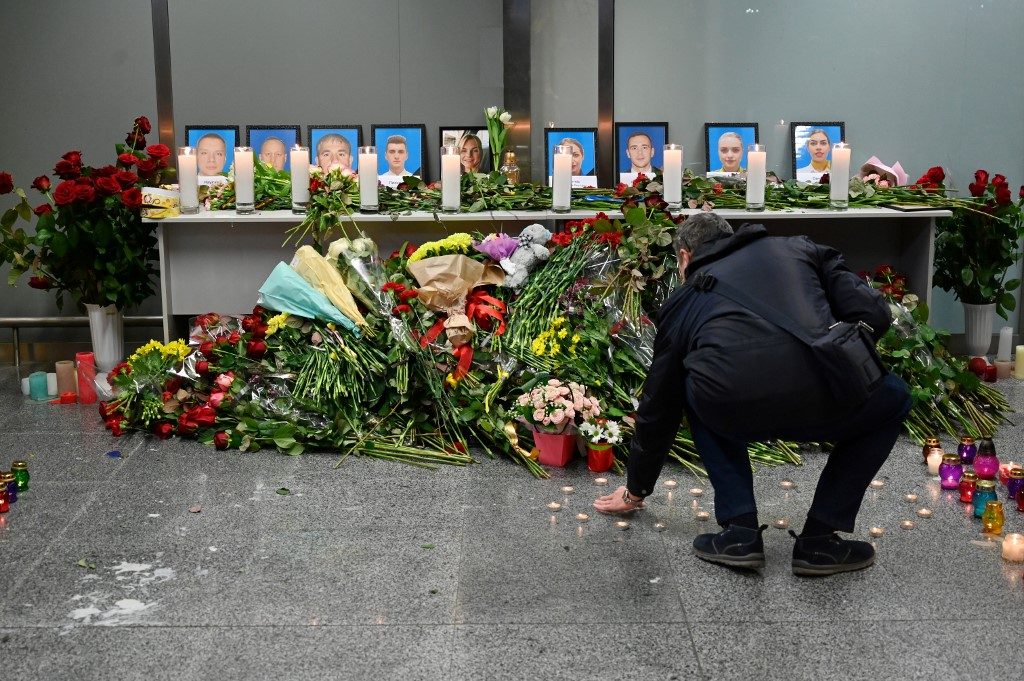 Facebook Twitter Copy URL
Copied
'Ukraine's priority is to establish the causes of the catastrophe. We are undoubtedly going to get to the truth,' says Ukraine's President Volodymyr Zelensky

KIEV, Ukraine – Ukraine’s President Volodymyr Zelensky announced a day of national mourning Thursday, January 9, promising to find the “truth” about the crash of a Ukrainian airliner in Iran which killed all 176 on board.

“January 9 has been decreed a day of national mourning,” the Ukrainian leader said in a video address posted on his official Facebook account.

Zelensky on Wednesday, January 8, cut short a trip to Oman and flew back to Ukraine after the Boeing 737 flying from Tehran to Kiev crashed shortly after takeoff. It was the first fatal crash of the country’s largest carrier, Ukraine International Airlines.

“Ukraine’s priority is to establish the causes of the catastrophe. We are undoubtedly going to get to the truth,” Zelensky said. (READ: Airlines avoid Iran and Iraq airspace)

Some 45 Ukrainian security officials and experts flew to Tehran early Thursday to participate in the investigation, including “deciphering the black boxes” discovered by Iranian authorities at the crash site, Zelensky said.

They will also seek to identify the Ukrainian victims with a view to repatriating their remains.

Those who died on Flight PS752 were mostly Iranian and Canadian nationals, but they also included 11 Ukrainians.

These included 9 crew members, whose photos were displayed at the departure hall in the Borispyl airport in a tribute.

The president’s office issued a photo of Zelensky laying a bouquet of roses at the impromptu memorial.

He called on the public to “refrain from all manipulation, speculation and conspiracy theories” about the crash, which occurred just minutes after takeoff on the same morning as Iran’s missile strike against US forces in Iraq. – Rappler.com