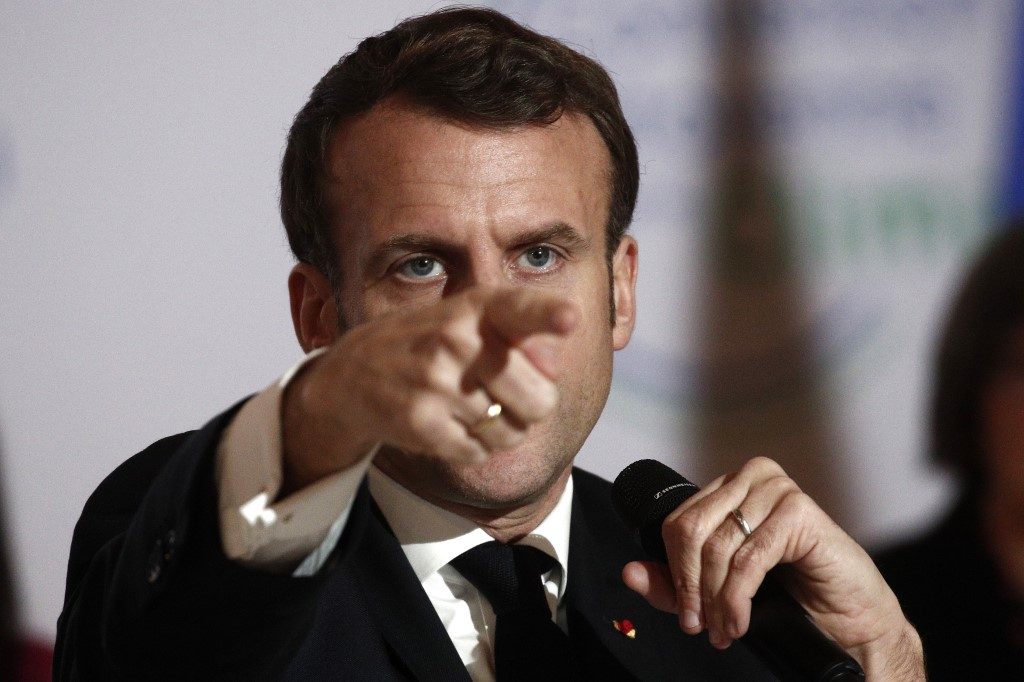 Facebook Twitter Copy URL
Copied
'The president emphasized the necessity that the ceasefire that is to be announced is credible, lasting and verifiable,' Emmanuel Macron's office says

PARIS, France – French President Emmanuel Macron has called for a credible and lasting ceasefire in Libya, his office said on Monday, January 13, as the main players in the conflict prepare to sign a truce.

“The president emphasized the necessity that the ceasefire that is to be announced is credible, lasting and verifiable,” Macron’s office said, following telephone talks between the president and Russian counterpart Vladimir Putin on Sunday.

The head of Libya’s UN-recognised Government of National Accord (GNA) Fayez al-Sarraj and his rival, strongman Khalifa Haftar, are due to confirm a ceasefire later on Monday in Moscow.

The GNA in Tripoli had been under attack since last April from forces loyal to eastern-based Haftar, which on January 6 captured the strategic coastal city of Sirte.

More than 280 civilians and about 2,000 fighters have been killed and 146,000 Libyans displaced since Haftar launched his assault, according to the UN.

The North African country has been wracked by chaos since a 2011 revolt — backed by France and other European countries — toppled longtime leader Moamer Kadhafi.

During his call with Putin, Macron expressed hope that a conference to be held in Berlin would relaunch a peace process for Libya under the aegis of the United Nations.

The ceasefire followed a joint call by Turkish President Recep Tayyip Erdogan — who backs Sarraj and has sent troops to help the GNA — and Putin who analysts have long seen as supporting Haftar.

Pro-Haftar forces are supported by the United Arab Emirates, Saudi Arabia and Egypt, all regional rivals of Turkey.