Mar 28, 2013 8:00 AM PHT
Agence France-Presse
Facebook Twitter Copy URL
Copied
The defense attorneys are seeking a sentence of life in prison without parole, and say the case could be concluded next week if the plea deal is accepted. Prosecutors have not indicated whether they will accept the offer, according to the Post 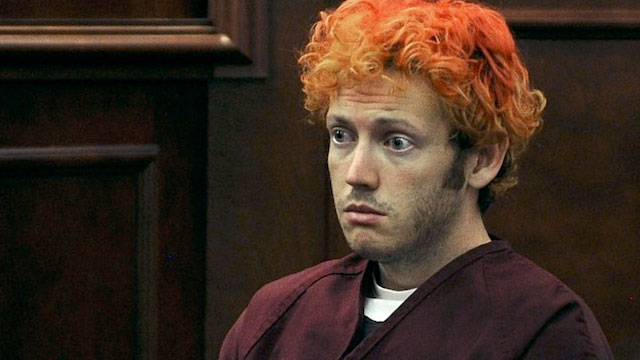 James Holmes, the suspected gunman in the horrific Aurora theatre massacre, could plead guilty in exchange for escaping the death penalty, lawyers said ahead of a crucial hearing next week.

The 25-year-old is due in court Monday for a hearing at which prosecutors are expected to say whether they will seek the death penalty for the mass shooting, which left 12 people dead in July.

“Mr Holmes is currently willing to resolve the case to bring the proceedings to a speedy and definite conclusion for all involved,” the lawyers wrote in a court filing Wednesday, cited by The Denver Post.

“It appears the only impediment to a resolution of this case would be if the prosecution chooses to seek the death penalty.”

The defense attorneys are seeking a sentence of life in prison without parole, and say the case could be concluded next week if the plea deal is accepted.

Prosecutors have not indicated whether they will accept the offer, according to the Post, which reported they have been asking victims’ relatives whether they want to press for the death penalty, or would agree to a lesser sentence.

The prosecution has yet to accept the deal because “it may choose to pursue the death penalty,” according to the two-page filing cited by NBC television affiliate 9NEWS. Lawyer Daniel King could not be reached for comment.

Colorado currently has three convicted prisoners on death row, but has not executed anyone since 1979.

Holmes is accused over the July 20 massacre at a midnight screening of the Batman movie “The Dark Knight Rises” in Aurora, Colorado, which revived America’s long-running debate about gun control.

Earlier this month, a judge entered a plea of not guilty on behalf of Holmes and set an August date for him to stand trial over the horrific massacre. At that time, his lawyers said they were not yet ready to enter a plea.

When Holmes first appeared in court last year, he had bright orange hair and looked befuddled. He has since let his hair color grow out, and sported curly brown hair and a beard earlier this month.

Holmes’s arraignment was initially scheduled for January, but the judge agreed to a delay, triggering anger from some of the victims’ relatives.

During three days of pre-trial hearings in January, prosecutors called witnesses who gave chilling accounts of the slaughter, and played 911 emergency calls in which the chaos and loud booms of gunshots could be clearly heard.

They presented evidence that Holmes had planned the attack well in advance.

Court pleadings earlier this month indicated that Holmes was hospitalized in mid-November under a psychiatric watch by Arapahoe County Sheriff’s deputies who were concerned he could hurt himself.

At least part of his several-day hospital stay was spent in restraints, defense attorneys told the court. – Rappler.com