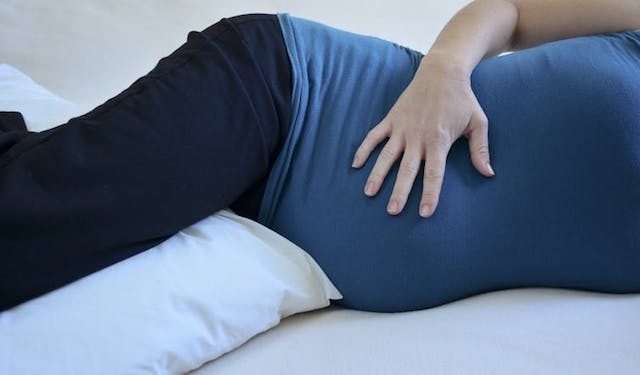 WASHINGTON, USA – President Donald Trump opened a new front in his battle against immigration on Thursday, January 23, barring the issuing of visas to pregnant women seeking to enter the United States for so-called “birth tourism.”

In announcing the move, which takes effect Friday, January 24, the White House said foreigners were using the visas “to secure automatic and permanent American citizenship for their children by giving birth on American soil.” (READ: U.S. says will deny citizenship to immigrants who use public benefits)

“The integrity of American citizenship must be protected,” White House spokeswoman Stephanie Grisham said in a statement.

Temporary B-1 and B-2 visitor visas would no longer be issued to “aliens seeking to enter the United States for ‘birth tourism,'” the White House said.

Calling the practice “a glaring immigration loophole,” it argued that the crackdown on “birth tourism” was for public safety and national security as well as to maintain the “integrity of our immigration system.”

“The birth tourism industry threatens to overburden valuable hospital resources and is rife with criminal activity, as reflected in federal prosecutions,” it said.

“Closing this glaring immigration loophole will combat these endemic abuses and ultimately protect the United States from the national security risks created by this practice,” the White House said.

“It will also defend American taxpayers from having their hard-earned dollars siphoned away to finance the direct and downstream costs associated with birth tourism,” it said.

The US Constitution guarantees automatic American citizenship to anyone born on US soil.

Trump has made restricting illegal immigration a top priority of his administration, and has threatened in the past to abolish birthright citizenship.

Under the new rule, a US consular officer “shall deny a B nonimmigrant visa to an alien who he or she has reason to believe intends to travel” to the United States for the purpose of giving birth in the country.

A State Department official told reporters that “consular officers have been directed not to ask all female applicants if they are pregnant or intend to become pregnant.”

“Officers will not be allowed to require any sort of pregnancy test,” the official added.

The official said it was estimated that thousands of children were born in the United States each year to women who arrived in the country using B visas and the number was rising.

According to the Center for Immigration Studies, there were 33,000 babies born from “birth tourism” between mid-2016 and mid-2017. The total number of annual births in the United States is around 3.8 million.

A year ago, law enforcement authorities announced that they had broken up three networks which offered the possibility to Chinese nationals to give birth in California.

According to the State Department, some “birth tourism” operators charge up to $100,000 to women seeking to have a baby on US soil. – Rappler.com