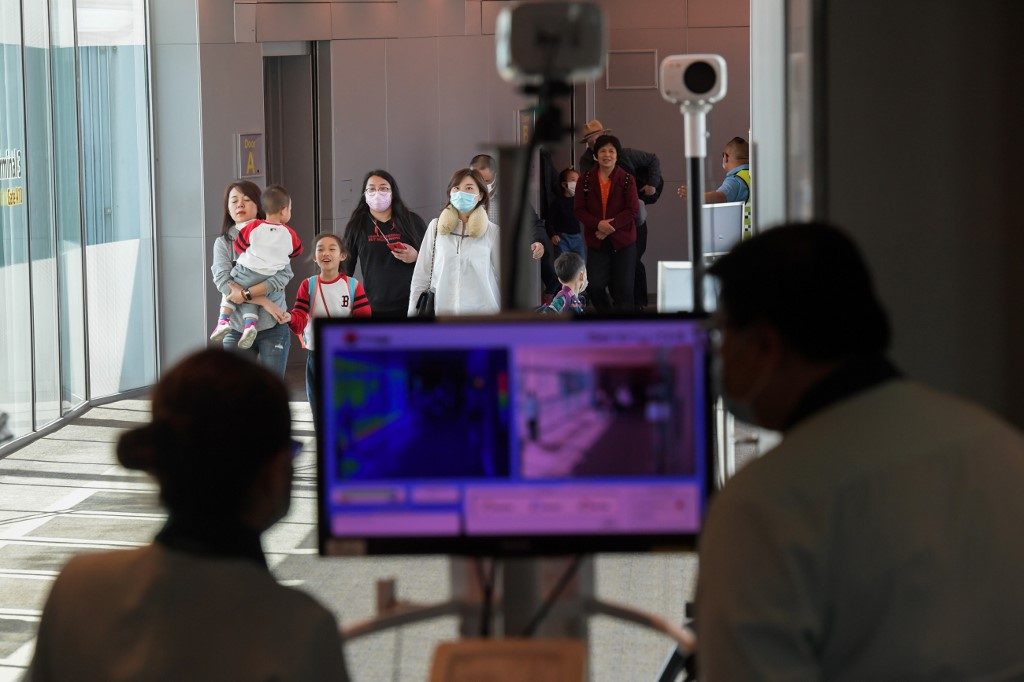 Facebook Twitter Copy URL
Copied
'You have to treat an epidemic as you treat a fire, quickly to locate the source and contain it as quickly as possible,' says a French health official

PARIS, France – Three cases of the coronavirus have been “confirmed” in France, the first in Europe, officials said Friday, January 24.

The first case involved a patient in hospital in the southwestern city of Bordeaux while the other was in Paris, French Health Minister Agnes Buzyn told reporters.

A third person, who is a close relative of one of the other two, has also been confirmed to have the virus, the health ministry said later.

All three had recently traveled to China and had now been placed in isolation.

“We are in the process of tracing the history of these patients who have tested positive in order to get in touch with the people they have been in contact with,” Buzyn said earlier. (READ: What is coronavirus? New disease spreading in Asia revives SARS fears)

“We have today the first European cases probably because we developed the test very quickly and we are capable of identifying them.

The first patient, 48, who returned to France on January 22 after having “passed through Wuhan,” the Chinese city at the center of the deadly outbreak, was described as “well.”

“We know that since the patient has been on French soil they have had contact with a dozen people, we are going to contact them.”

She said she had only just received information on the second case and was not yet in a position to make it public.

“You have to treat an epidemic as you treat a fire, quickly to locate the source” and “contain it as quickly as possible,” Buzyn added.

The previously unknown virus has caused alarm because of its similarity to SARS (Severe Acute Respiratory Syndrome), which killed hundreds across mainland China and Hong Kong in 2002-2003. (READ: What we learned from SARS, according to ex-DOH chief Manuel Dayrit)

The outbreak emerged in late December in Wuhan, an industrial and transport hub of 11 million people in China’s center, spreading to several other countries including the United States.

To date the death toll stands at 41. – Rappler.com