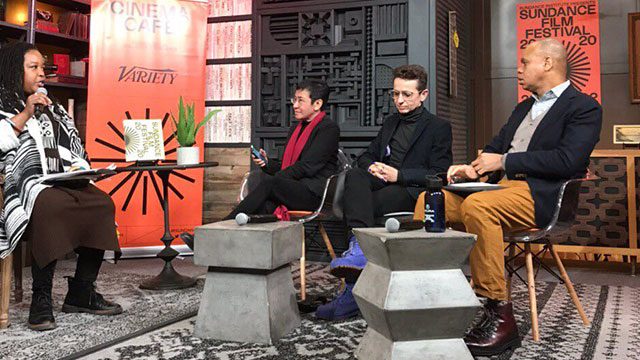 Facebook Twitter Copy URL
Copied
‘The tech platforms are saying ‘We don’t know what to do, or we're doing our best,’ but it's not enough,’ says Maria Ressa

PARK CITY, United States –  How do we fix an online public space that has exploded with incidents of harassment, hate, and calls for violence?

A panel of journalists and a civic engagement veteran find the solution in regulation at the 2020 Sundance Film Festival’s Truth to Power discussion, which sought to discuss the role of a free press and organizers under an authoritarian regime.

Rappler chief executive officer and executive editor Maria Ressa said that social media giants like Facebook and Twitter should be regulated by the government, particularly restricting them from data of its millions of users.

“One solution is to actually legislate that we own our data. If there was data portability from these platforms, they have far more incentive to keep us safe,” Ressa said during the panel discussion on Saturday, January 25.

Under Ressa’s leadership, Rappler has extensively documented how user-generated algorithms used by Facebook has been exploited by supporters of the Duterte administration to push forward usually false narratives in the interest of the President and his allies.

Ressa and Rappler are subjects in Filipino-American documentary filmmaker Ramona Diaz’s “A Thousand Cuts”, which premiers at Sundance under the US Documentary Competition.

Agreeing on the same point was New Yorker columnist Masha Gessen, who has been following developments on Russia. In her view, the big tech companies’ interest of making money out of the public sphere stood “at odds” with promoting online space that is safe for all.

“We have to face the fundamental problem that we have entrusted our public sphere to profit-making corporations,” Gessen said.

Patrick Gaspard, president of the Open Sources Foundation, said that this can be done locally, the same as how San Francisco banned facial recognition technology.

In the end, Ressa noted that legislation is only one of the many ways to counter the culture of hate that has sprung online in recent years.

“Has to be multilateral. The tech platforms  are saying we don’t know what to do or we’re doing our best, but it’s not enough,” Ressa said. – Rappler.com