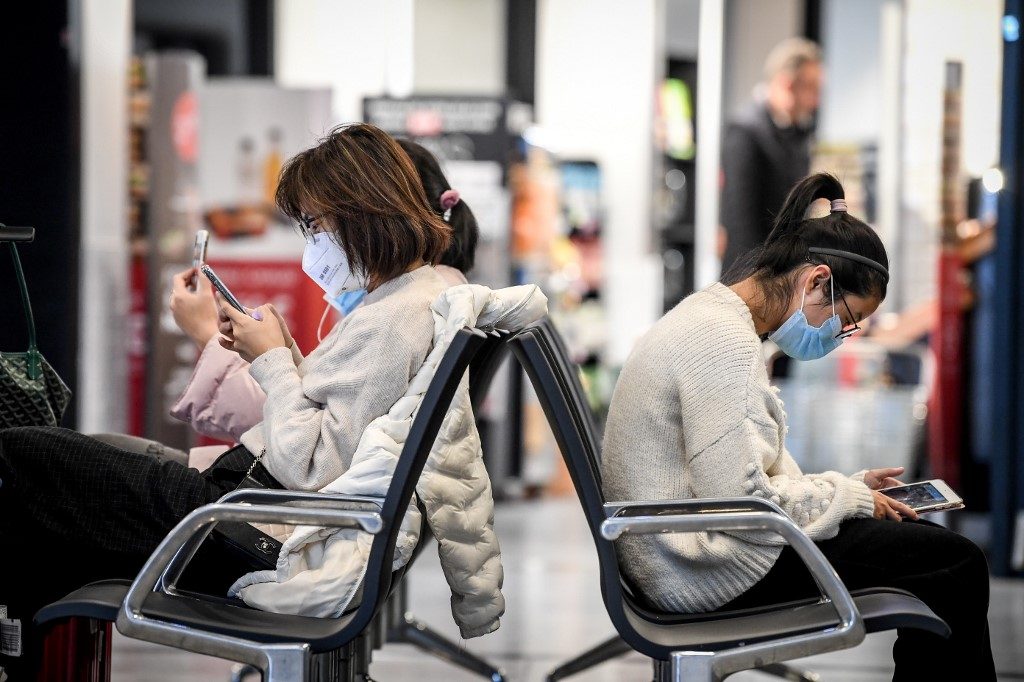 Facebook Twitter Copy URL
Copied
The repatriation, via a direct flight to France, is done with Chinese permission under the supervision of medical experts, Health Minister Agnes Buzyn says

PARIS, France – France will fly home its citizens who wish to leave the Chinese city of Wuhan at the center of a coronavirus outbreak that has sickened thousands and killed 81, the government announced.

The repatriation, via a direct flight to France, will be planned for the middle of this week, with Chinese permission, under the supervision of medical experts, Health Minister Agnes Buzyn said late Sunday after an emergency meeting of ministers called by Prime Minister Edouard Philippe.

The number could “range from a few dozen to a few hundred,” Buzyn said, adding that consular authorities in Wuhan were doing a headcount.

The Chinese government has sealed off Wuhan and neighbouring cities, effectively trapping tens of millions of people – including thousands of foreigners – in a bid to contain the spread of the virus. (READ:  Anxious foreigners await rescue from China virus epicenter)

The United States has also announced it would arrange a flight to evacuate personnel and citizens trapped at the epicentre of the virus outbreak.

Buzyn said that on their return, repatriated French citizens would “stay in a holding area for 14 days”, which is the estimated virus incubation period.

French carmaker PSA said Saturday that it would repatriate expat staff and their families — 38 people in total — from Wuhan.

With coronavirus diagnosed in three people who had recently been to China, France is the first European country with confirmed imported cases.

On Sunday, Paris cancelled a parade for the Lunar New Year, celebrated by the city’s large Chinese community, as a “precaution”, according to mayor Anne Hidalgo.

France on Sunday put in place a medical team of several dozen experts at Paris’ Charles de Gaulle airport to take charge of arrivals with possible symptoms of infection with the contagious virus. – Rappler.com