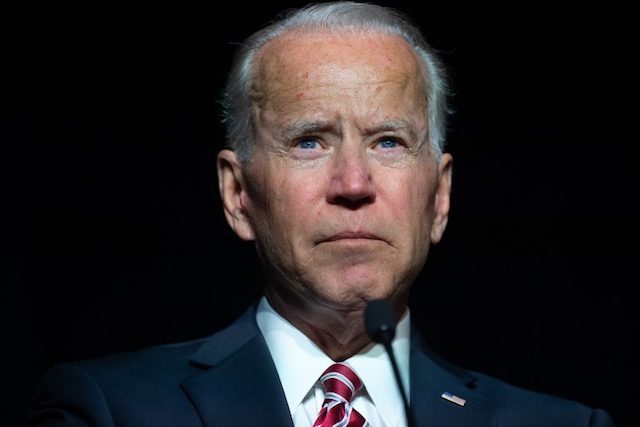 Facebook Twitter Copy URL
Copied
Hunter Biden had been paid 'millions' of dollars to serve on the board of a Ukrainian gas company while his father was Barack Obama's vice president, claims one Trump lawyer

WASHINGTON, USA – US President Donald Trump’s lawyers on Monday, January 27, defended his request that Ukraine investigate Joe Biden and his son Hunter, arguing at his Senate impeachment trial that it was motivated by concerns about corruption.

Pam Bondi, the Republican former attorney general of Florida, and another Trump lawyer, Eric Herschmann, launched a concerted attack on the Bidens as they sought to defend the president’s actions to the 100 senators who will decide his fate.

The Democratic-controlled House of Representatives impeached Trump on December 18 for abuse of power and obstruction of Congress for withholding military aid to Ukraine to pressure Kiev to open a probe into the Bidens. (READ: Top Trump ally admits tying Ukraine aid to Biden investigation)

During a July 25 phone call, Trump asked Ukrainian President Volodymyr Zelensky to “look into” Joe Biden, his potential November election rival, and Hunter Biden, who served on the board of the Ukrainian gas company Burisma.

Democratic prosecutors said the request by the president was not motivated by concern about corruption but rather was designed to smear a political rival and allow him to win re-election.

Displaying bank records, Bondi said Hunter Biden had been paid “millions” of dollars to serve on the Burisma board while his father was Barack Obama’s vice president.

“If your last name wasn’t Biden do you think you would have been asked to be on the board of Burisma?” she asked. “I don’t know, probably not.”

She cited remarks from a State Department official who expressed concerns in 2015, when Biden was vice president, that the appointment could create the “perception of a conflict of interest.”

Bondi also noted that Burisma had been the target of persistent corruption allegations.

She said Trump was within his rights to raise his concerns and that the House Democratic prosecutors known as managers had declined to present all of the facts surrounding Burisma and the Bidens.

“You’ve heard from the House managers they do not believe that there was any concern to raise here, that all of this was baseless,” Bondi said. “And all we are saying is that there was a basis to talk about this, to raise this issue.”

‘No expertise or experience’

Like Bondi, Herschmann attacked Hunter Biden’s credentials for serving on the Burisma board.

“He had no expertise or experience in the natural gas industry,” Herschmann said. “He had no known expertise in corporate governance, nor any expertise in Ukrainian law.

“So why did Burisma want Hunter Biden on its board?” he asked. “Well, he did have one qualification – he was the son of the man in charge of the Ukrainian portfolio.”

There have been no accusations of criminal wrongdoing against the Bidens and Hunter Biden defended his appointment to the Burisma board in an interview last year with ABC News.

“I was vice chairman of the board of Amtrak for 5 years,” he said of the US railroad company.

“I was the chairman of the board of the UN World Food Program. I was a lawyer for Boies Schiller Flexner, one of the most prestigious law firms in the world.”

Hunter Biden did acknowledge, however, that taking the Burisma position may have been a mistake.

“In retrospect, look, I think that it was poor judgment on my part,” he said. “I gave a hook to some very unethical people to act in illegal ways to try to do some harm to my father.” – Rappler.com