Rappler CEO Maria Ressa: 2020 is the year we must fight the battle for truth 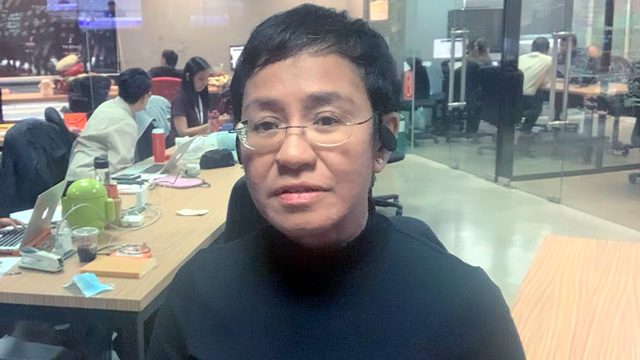 Editor’s note: This article was first published in DCN and is being reposted with permission.

The year 2020 will be a tipping point year for media companies. This is the year in which journalists must fight the battle for truth, according to Maria Ressa, CEO of Rappler, a digital news organization based in Manila, Philippines.

“What we do this year – not just in the Philippines, but all around the world and especially in the United States – will determine whether or not the whole world walks into a cycle of fascism. We’ve been here before. What we do now matters.”

Ressa – who has been the target of persecution in her country – offered these comments as part of a recorded statement presented to attendees of DCN Next: Summit at the Mandarin Oriental hotel in Miami, Florida on January 15.

In her statement, Ressa expressed gratitude to DCN CEO Jason Kint, the DCN Board of Directors, and the members of DCN for supporting her cause and helping her to “shine the light” through journalistic endeavors.

“That really is the only weapon that journalists have,” noted Ressa. “What we’ve lived through in the Philippines…our dystopian present is your dystopian future. This is it, the battle for truth.”

The DCN Board of Directors issued a statement – seen below – supporting House and Senate Resolutions calling on Philippine President Rodrigo Duterte to end his political persecution of Ressa and Senator Leila de Lima.

On the question of whether there exists a line between journalism and activism, Ressa said that “in the battle of truth, journalism becomes activism. This is a hard-fought lesson we have learned in the Philippines.”

Popular populist authoritarian-style leaders are getting elected throughout the world. “Just like they had a dictator’s playbook, they lie,” she said. “A lie told a million times becomes a fact. Without facts, you can’t have truth. Without truth, you can’t have trust. Without all three, democracy as we know it is dead.”

Ressa referenced her own experience when in 2018, the Philippine government investigated Rappler in at least 11 cases. “In 2019, I was arrested…not once, but twice,” she said. “I posted bail eight times.

Ressa – who in 2018 was named by Time magazine as one of several journalists honored as Persons of the Year – spoke of her experiences at the 2019 DCN Summit in Orlando, Florida – just before one of her arrests. She also made the 2019 TIME 100 List as one of the year’s most influential people.

The relevance of her travails extends to journalists everywhere. Because, as she said, “the enabler for all of this is technology. And technology is in the hands of American social media companies.”

Official Statement from the DCN Board of Directors

Both resolutions call on Philippine President Rodrigo Duterte to end his political persecution of Senator Leila de Lima and journalist Maria Ressa, founder and CEO of Rappler, a digital news organization based in Manila. Healthy democracies thrive with vigorous political discourse and a free, independent press.” —DCN Board of Directors