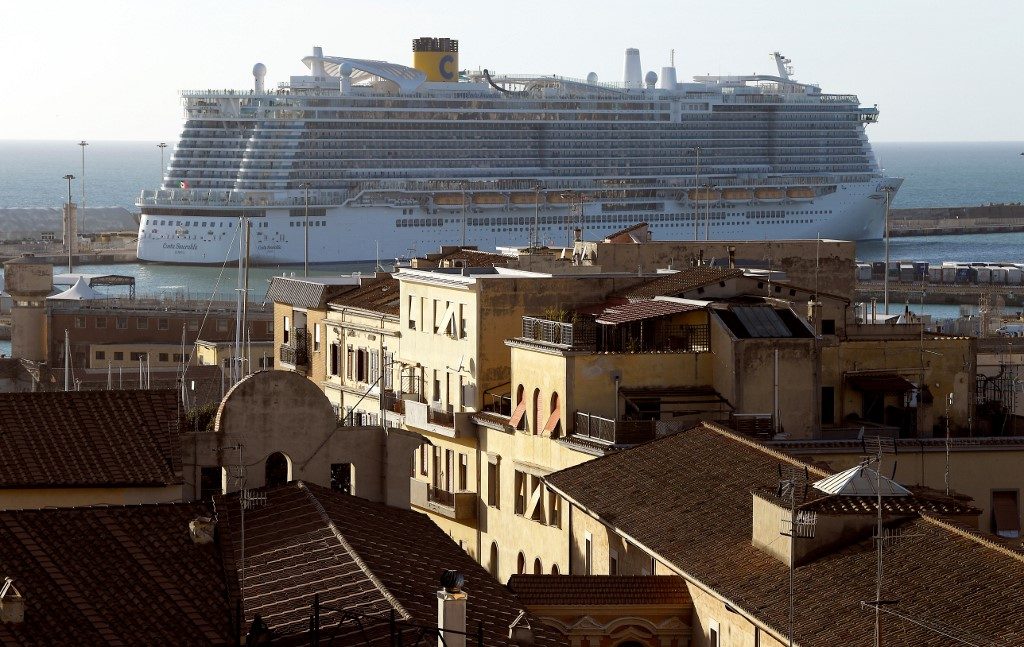 CIVITAVECCIHA, Italy – More than 6,000 tourists were under lockdown aboard a cruise ship at an Italian port on Thursday, January 31, after two Chinese passengers were isolated over fears they could be carrying the coronavirus.

Samples from the two passengers were sent for testing after 3 doctors and a nurse boarded the Costa Smerelda in the port of Civitavecchia to tend to a woman running a fever, the local health authorities told AFP.

Cruise line Costa Crociere confirmed the ship, carrying some 7,000 people in total including the crew, was in lockdown.

It came as China reported its biggest single-day jump in coronavirus deaths and global fears deepened over a spread of the disease, with at least 15 countries confirming infections.

Costa said a 54-year old woman from Macau “was placed in solitary confinement in the on-board hospital last night with her travel companion”, and the crew was following instructions from the health ministry.

Some 750 other Chinese passengers are on board and all appear to be in good health, media reports said.

The Smeralda, the company’s flagship and the fifth-largest cruiser in the world, had sailed in from Palma de Mallorca as part of a one-week trip in the western Mediterranean.

Italy’s Prime Minister Giuseppe Conte said the government was “not worried, but vigilant and cautious”.

Adriano Pavan, whose son and two grandchildren were on board and who had travelled to the port to meet them off the ship, told AFPTV that he was “quite worried”.

“My son told me the Chinese couple had been wearing masks for the past two or three days, but they thought nothing of it”.

The couple flew in to Milan from Hong Kong on January 25, before getting on board at Savona in northern Italy, according to media reports.

“The couple’s cabin has been isolated and they are in with the doctors,” an unnamed passenger was quoted as telling ANSA news agency.

“We’re a bit worried of course. No-one is getting on or off the ship apart from the doctors. This holiday risks ending in a nightmare.”

The ship also stopped at Marseilles and Barcelona, as well as Parma de Mallorca, according to an itinerary on its website.

It had been due to sail for La Spezia in north Italy late Thursday, but would be detained in the Civitavecchia port near Rome “until we have an update on the health tests,” said port captain Vincenzo Leone.

The World Health Organization, which initially downplayed a disease that has now killed 170 in China, was preparing to meet Thursday to decide whether to declare it a global emergency.

Silvio Brusaferro, president of the Italian national health institute, said that all suspected cases in Italy so far had turned out to be false alarms, but the health service was “ready should any cases of infection emerge”.

Beijing has taken extraordinary steps to arrest the spread of the virus, including effectively quarantining more than 50 million people in Wuhan and surrounding Hubei province.

The pathogen is believed to have emerged in a market that sold wild game, and spread by a Lunar New Year holiday season in which hundreds of millions of Chinese travel domestically or abroad. – Rappler.com