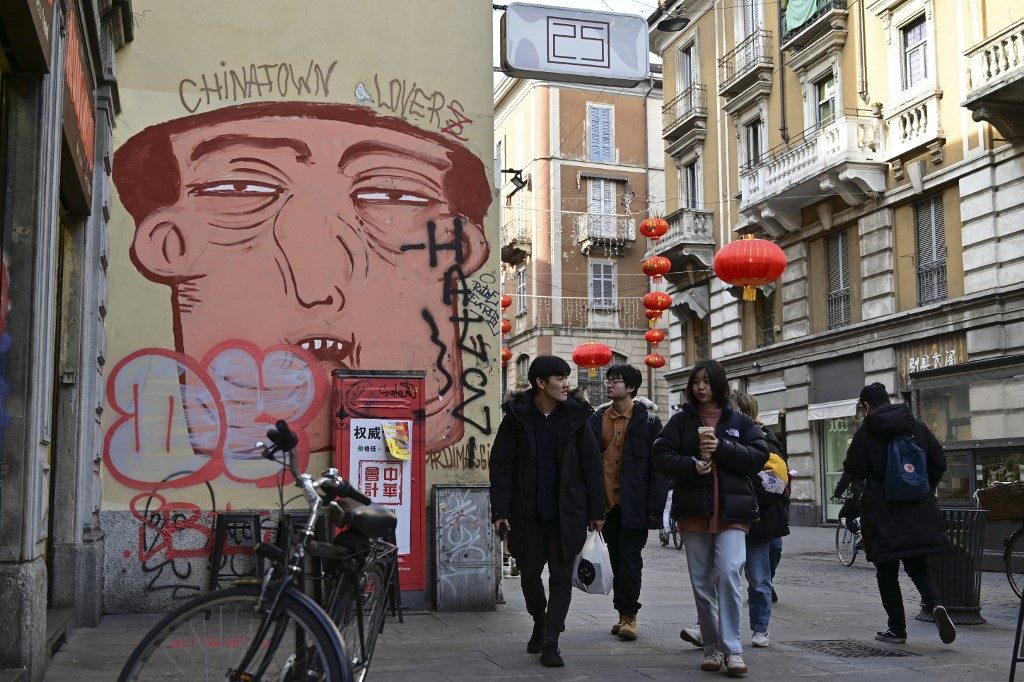 ROME, Italy – Prominent figures in Chinese communities in Italy warned Thursday, January 30 of episodes of “latent racism” against their compatriots by Italians fearful of catching a deadly viral outbreak.

Tensions increased after some 7,000 people were held on a cruise ship in an Italian port following the isolation of two Chinese passengers over fears they could be carrying the coronavirus, despite preliminary tests coming up negative. (READ: WHO declares international emergency over novel coronavirus)

Italian newspapers have reported cases of bullying or discrimination against Chinese people following the outbreak of the disease, which has now killed 212 in China and has spread abroad, with at least 15 countries confirming infections.

“It’s extremely unpleasant, absurd, and infuriating,” Francesco Wu, a member of the Italian Business Association Confcommercio, often called on to speak for the 30,000-strong Chinese community in Milan, told the La Stampa daily.

Racist episodes reportedly included Chinese tourists being spat at in Venice, a family in Turin being accused of carrying the disease, and mothers in Milan using social media to call for Italian children to be kept away from Chinese classmates.

“It’s totally unjustified and it hurts even more because it involves children. It’s a mix of ignorance and latent racism,” Wu said.

Local health officials have sent the schools concerned a letter stating that “there is no need to introduce measures restricting the presence of Chinese children within school communities,” according to AGI.

There were some 300,000 Chinese living in Italy at the end of 2018, according to the National Statistics Institute (Istat).

Italy has not had any confirmed cases of the virus.

Despite that, Milan mayor Giuseppe Sala said Chinese tourism – worth some 300 million euros ($331,000) a month to the city between hotels, shopping, and restaurants – was down 40% compared to before the virus.

Chinese journalist Hu Lanbo, who has lived in Italy for 30 years and who runs the “China in Italy” monthly, published an open letter “to Italian friends.”

“Believing that one can catch the new coronavirus at the mere sight of a Chinese person really makes no sense,” she said. – Rappler.com