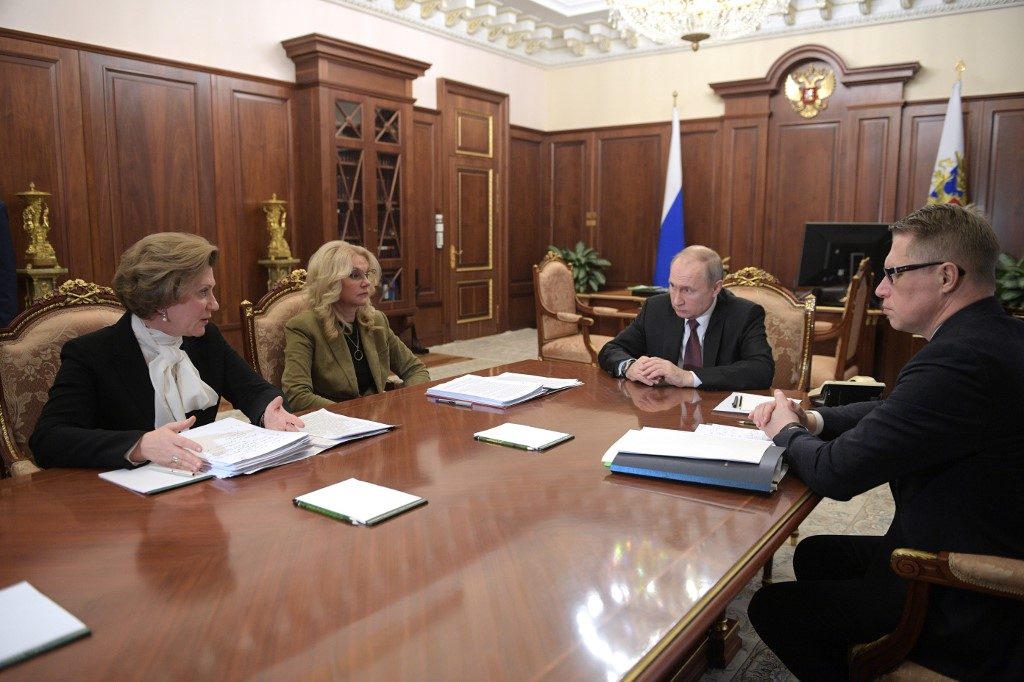 Facebook Twitter Copy URL
Copied
Deputy Prime Minister Tatyana Golikova downplays the risk of the infection spreading across the country, saying the two patients have been put in isolation

The two cases were registered in the Zabaikalsky and Tyumen regions of Siberia, Deputy Prime Minister Tatyana Golikova said in televised remarks.

Golikova sought to downplay the risk of the infection spreading across the country, saying the two patients had been put in isolation.

She said Russia would evacuate some citizens from China.

“We are beginning to evacuate Russian citizens from Wuhan and Hubei. Three hundred people from Wuhan and 341 in Hubei,” she said, adding that those who return will be quarantined.

Around 2,665 Russians were also on the Chinese resort island of Hainan and were to be brought back to Russia by February 4, said Golikova, who heads the Russian task force against the spread of the virus.

Most flights will be suspended but Russia’s flagship carrier Aeroflot will continue to offer services to 4 Chinese cities including Beijing and Shanghai, Golikova said.

Four Chinese airlines will also continue to offer flights to Russia, she added.

Rail freight and postal service between the two countries will not be affected.

On Thursday, January 30, Russia said it was closing the border with China in the Far East to prevent the spread of the new coronavirus and would stop issuing electronic visas to Chinese nationals.

She also cautioned Russians against snapping up medical masks and medicine, saying there were no shortages.

“We don’t have such a problem,” said Golikova. “There is no need to worry.”

The country’s consumer health watchdog recommended that Russians wear medical masks in crowded places, avoid zoos and refrain from greeting each other with handshakes or kissing each other on the cheek.

The SARS-like virus epidemic which originated in Wuhan has so far killed 213 people and spread to more than 20 countries.

Nearly 10,000 people have been infected in China. – Rappler.com