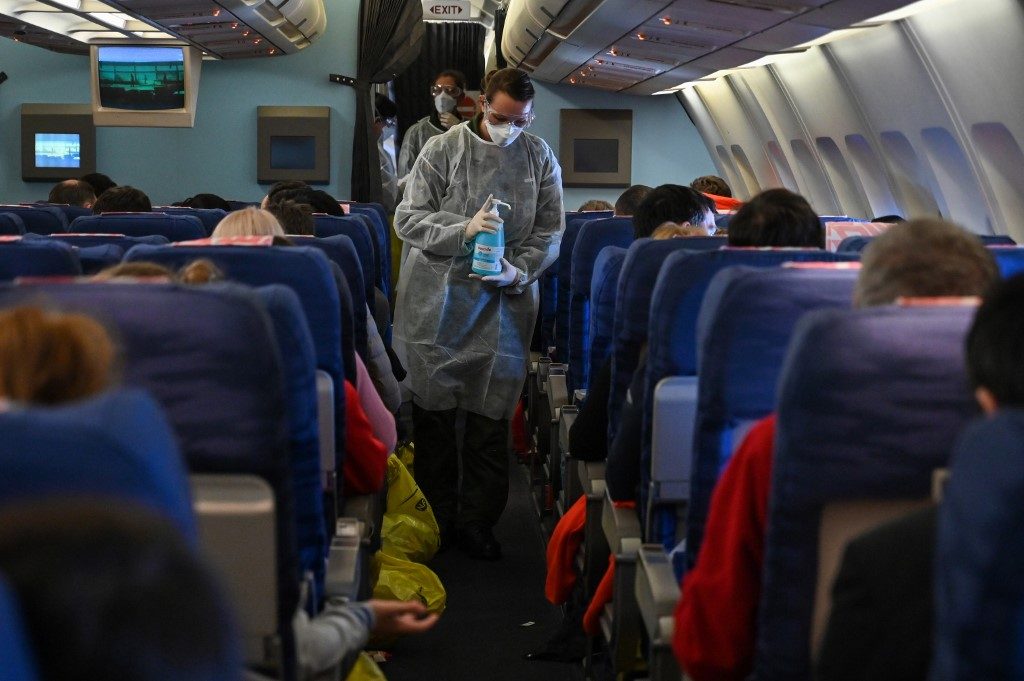 BEIJING, China (UPDATED) – The death toll from China’s new coronavirus outbreak has risen to 259 and the tally of confirmed infections has surged to nearly 12,000, the government said on Saturday, February 1.

The National Health Commission said in its daily update that 46 more people had succumbed to the respiratory disease.

All but one of the new deaths came in hardest-hit Hubei province, the epicenter of an outbreak that has spread around the world.

The virus emerged in December in Hubei’s provincial capital Wuhan, and has been traced to a meat market that sold wild game.

Fresh cases have been detected abroad, with more than 20 countries now affected. (READ: Novel coronavirus or 2019-nCoV: What we know so far)

The top Communist Party official in Wuhan, the central city of 11 million people where the virus first emerged in December, on Friday expressed “remorse” because local authorities acted too slowly.

But the epidemic has spread far and wide as Chinese people travelled across the country and abroad over the Lunar New Year holiday that started last week.

The World Health Organization has declared the outbreak a global health emergency, but said it was not recommending any international trade or travel restrictions.

The United States told its citizens not to go to China and urged those already there to leave – drawing a sharp rebuke from Beijing, which said the move was “certainly not a gesture of goodwill.”

On Friday, Washington doubled down, declaring its own public health emergency and temporarily barring entry to any foreign nationals who have travelled to China in the past two weeks.

Japan has joined the US, Britain, Germany and other nations that have recommended that their citizens avoid China.

Singapore’s government barred arrivals from China and transit passengers who visited the country in the past 14 days.

Mongolia will ban Chinese nationals and foreigners coming from the neighbouring country until March 2.

The WHO’s rare declaration of an emergency allows the UN health body to issue recommendations that the international community is expected to follow.

But it warned Friday that closing borders was probably ineffective in halting transmissions of the virus — and could even accelerate its spread.

China’s ambassador to Geneva said his country was controlling the outbreak and insisted there was no need for “unnecessary panic”.

Beyond government travel advisories, businesses and worried travellers have been taking matters into their own hands, with airlines suspending or reducing flights with China.

The virus is believed to have originated in a Wuhan market that sold wild animals. It then jumped to humans.

Wuhan officials have been criticized online for withholding information about the outbreak until the end of last year, despite knowing about the new illness weeks earlier.

“If strict control measures had been taken earlier, the result would have been better than now,” he told state broadcaster CCTV.

People in China have so far directed their anger at local officials in Wuhan and Hubei, but the crisis could pose a challenge to President Xi Jinping, who has called the epidemic a “demon” that China can defeat.

Countries have scrambled to evacuate their nationals from Wuhan, with hundreds of US, Japanese, British, French and South Korean citizens evacuated so far, and more countries planning airlifts. (READ: Coronavirus: Countries evacuate citizens from China)

A flight carrying more than 300 Indian nationals left Wuhan in the early hours of Saturday for New Delhi.

About 200 US evacuees who landed in California on Wednesday have been put under a rare mandatory quarantine order for 14 days.

Russia said it would evacuate more than 2,500 of its citizens holidaying on China’s Hainan island, far from the epicentre of the outbreak, a day after sealing its remote far-eastern border.

China on Friday sent charter planes to Thailand and Malaysia to bring Hubei residents back to Wuhan, citing the “practical difficulties” that they have encountered overseas.

More than 40,000 workers at a vast Chinese-controlled industrial complex in Indonesia’s Sulawesi island have been quarantined, although Indonesia has not reported any cases.

Britain and Russia each reported their first two cases Friday, and Sweden announced its first infection.

The number of cases in China now far exceeds the 8,096 cases from SARS (Severe Acute Respiratory Syndrome), a similar pathogen that spread to more than two dozen countries in 2002-03 and killed nearly 800 people, mostly in China and Hong Kong.  – Rappler.com