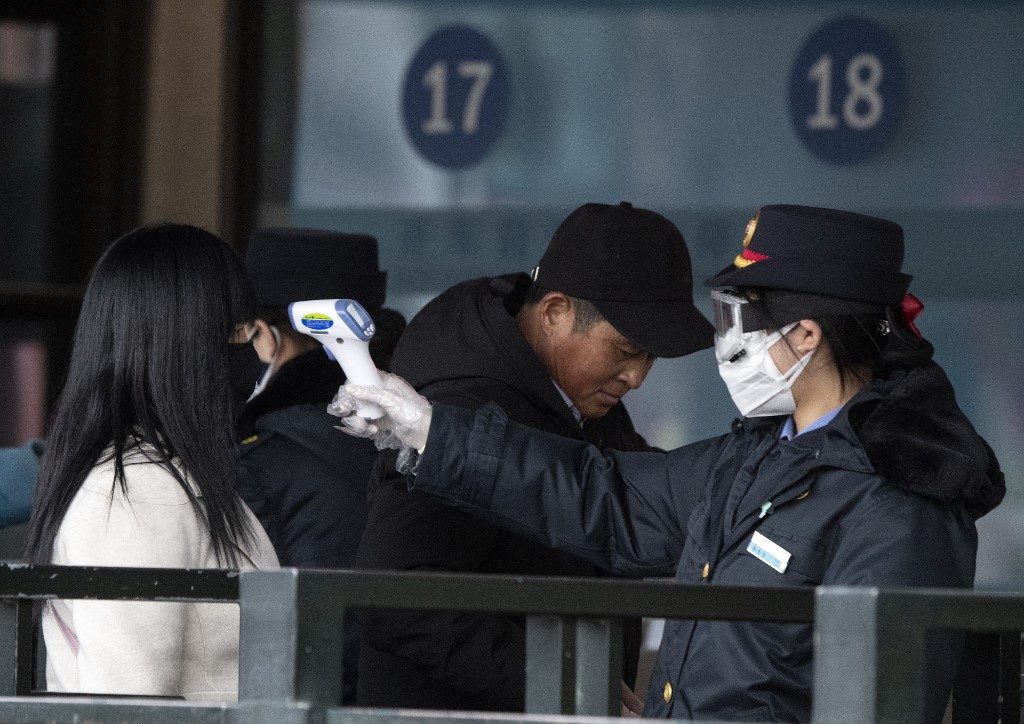 Facebook Twitter Copy URL
Copied
Only one resident per household is allowed to go out every two days to buy necessities, authorities say, while 46 highway toll stations are now closed

BEIJING, China – The eastern Chinese city of Wenzhou restricted the movement of residents and closed roads on Sunday, February 2, in the most drastic steps taken by authorities outside the epicenter of a deadly virus.

Only one resident per household is allowed to go out every two days to buy necessities, authorities said in the city of nine million, while 46 highway toll stations have been closed.

Zhejiang province has the highest number of confirmed cases outside central Hubei province at 661 confirmed infections, with 265 of those in Wenzhou.

The city – which is more than 800 kilometres away by road from Wuhan, the epicenter – has also cancelled public events and closed public places like swimming pools, cinemas and museums.

Wenzhou’s metro line and public transport have also been suspended as have inter-province buses.

Schools and universities will not resume classes until after March 1, and authorities said enterprises should not resume work until after February 17 — except government institutions and administrative departments which will start work on February 9.

The virus has infected more than 14,000 people across China and caused 304 deaths. – Rappler.com