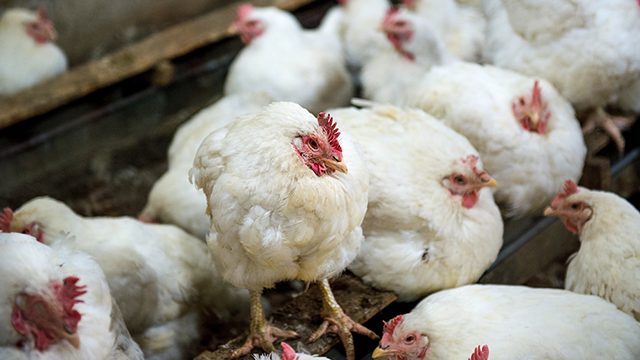 Facebook Twitter Copy URL
Copied
A 'highly pathogenic strain' of the virus has been reported from a farm in the city of Shaoyang, says China's Ministry of Agriculture and Rural Affairs

MANILA, Philippines – Amid the coronavirus scare, China reported an outbreak of the H5N1 bird flu virus in Hunan province in southern China.

Citing China’s Ministry of Agriculture and Rural Affairs, Reuters reported on Saturday, February 1, that an outbreak of a “highly pathogenic strain” of H5N1 happened at a farm in the city of Shaoyang in Hunan.

Since then, “rare, sporadic human infections with this virus have been reported in Asia, and later in Africa, Europe, and the Middle East,” added the CDC.

“Most human infections with Asian H5N1 viruses in other countries have occurred after prolonged and close contact with infected sick or dead birds,” the CDC continued. “Rare human-to-human spread with this virus has occurred, but it has not been sustained and no community spread of this virus has ever been identified.”

According to the World Health Organization (WHO), human cases of the H5N1 bird flu “occur occasionally, but it is difficult to transmit the infection from person to person.” If human infections do occur, the mortality rate due to the virus “is about 60%,” the WHO said.

The agency added that it would be a “cause for concern” if the H5N1 virus “become more easily transmissible among humans.”– Rappler.com