Guaido calls for ‘great mobilization’ ahead of Venezuela return 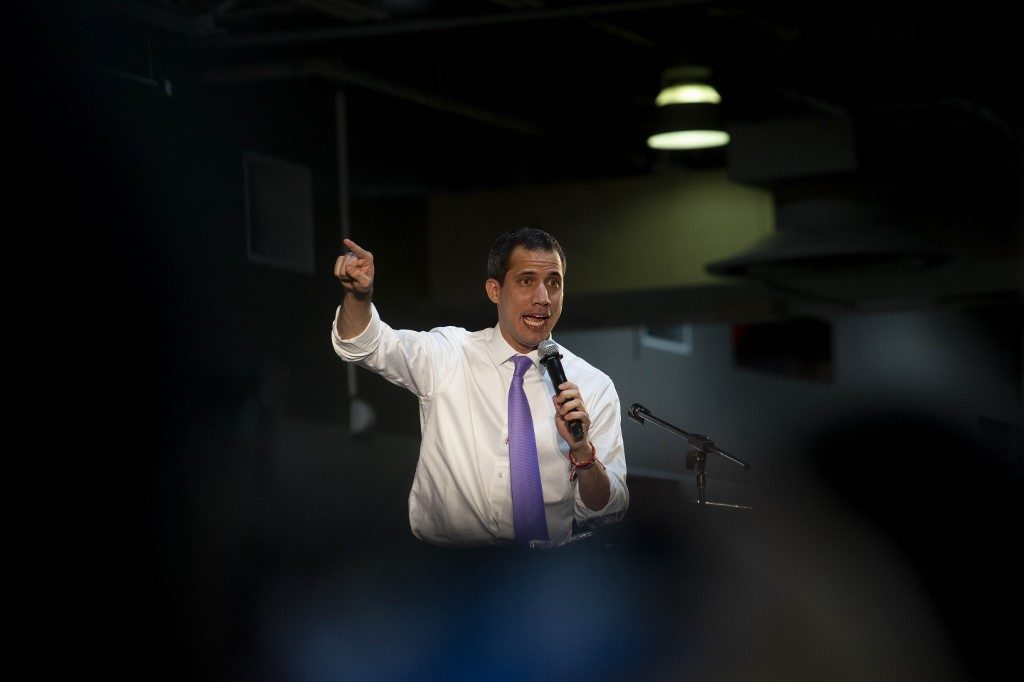 Facebook Twitter Copy URL
Copied
'There is only one option – to achieve free elections,' adds the Venezuelan opposition leader

MIAMI, USA – Venezuelan opposition leader Juan Guaido promised “a great mobilization in Caracas” when he returns to the country after a two-week international tour, drumming up support to dislodge President Nicolas Maduro.

Recognized as interim president by more than 50 nations, Guaido said in Miami on Saturday, February 1, he would end the “tragedy” in his country, which has been battered by political and economic crises.

“In the next few days, despite the risk, we will be entering Venezuela,” Guaido said at a convention center near the airport.

Guaido defied a travel ban imposed by local authorities to leave the country and meet with officials abroad.

“There is only one option – to achieve free elections,” he added, calling on Venezuelans to be “prepared for the announcement of a great mobilization in Caracas.”

Trump and Guaido missed each other at the world economic forum in Davos, with Guaido saying he would try to meet with the US president.

While in the US, Guaido met with Senator Marco Rubio, who has shaped many of Washington’s policies towards Venezuela. (READ: Pompeo urges end to ‘tyranny’ of Venezuela’s Maduro)

The US was the first country to recognize Guaido as the legitimate leader of Venezuela in January 2019, when – in his capacity as parliamentary head – he invoked constitutional powers and named himself interim president.

Maduro won a new term in 2018 in elections that were widely criticized internationally as fraudulent, and new presidential polls are not due until 2024.

“I look forward to seeing him again in a free #Venezuela,” Rubio tweeted Saturday.

But Maduro, who calls Guaido Washington’s “puppet,” has remained in power backed by the security forces, as well as by Cuba, Russia and China.

Florida, with its large Venezuelan community, is considered a key battleground in November’s presidential election. – Rappler.com