Group evacuated from China to France test negative for coronavirus 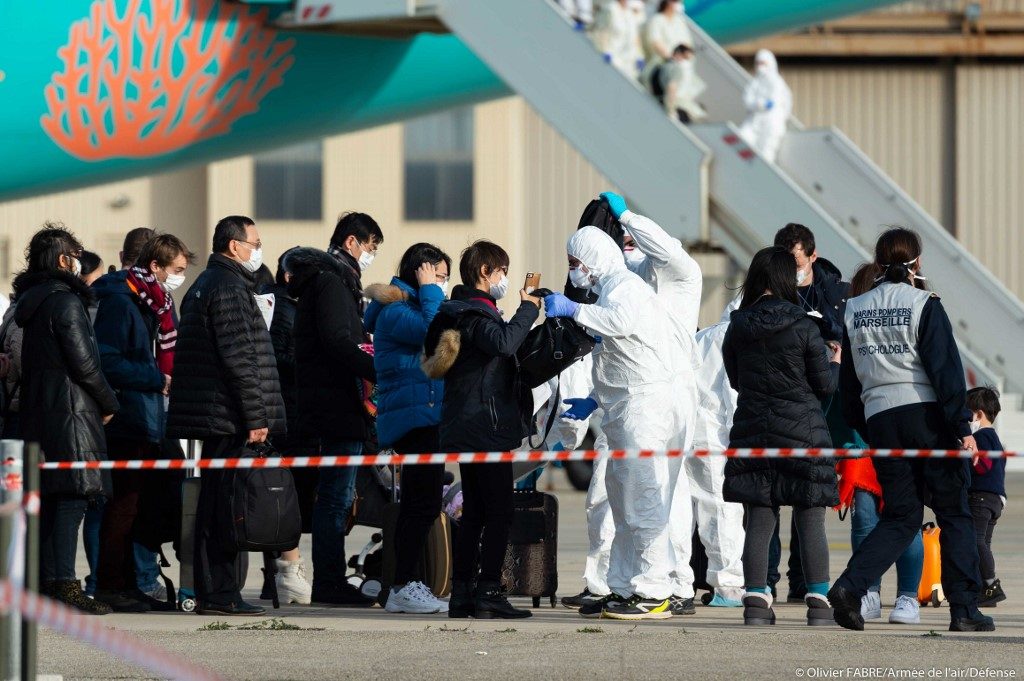 Facebook Twitter Copy URL
Copied
(UPDATED) 'All these tests were negative and so all these persons were able to go to the (two) centers' south of France where they will remain in quarantine for 14 days, junior health minister Adrien Taquet says

AIX-EN-PROVENCE, France (UPDATED) – Tests for the coronavirus on about 20 people who arrived on France on an evacuation flight from China have come back negative, authorities said Monday, February 3.

A total of 254 people arrived in France on Sunday from the Chinese city of Wuhan, where the deadly virus was first detected, on the second such flight.

Thirty-six of those on board displayed symptoms of the coronavirus, Health Minister Agnes Buzyn said on Sunday.

Sixteen of those were flown back to their respective countries, but about 20 stayed at Istres airport in the south of France to undergo further testing. They included French and non-European nationals.

“All these tests were negative and so all these persons were able to go to the (two) centers” in the south of France where they will remain in quarantine for 14 days, junior health minister Adrien Taquet told BFMTV Monday.

Tests were conducted on “persons, who when they boarded the plane, had some symptoms”, which are similar to those for a cold, and “had to be checked when the plane landed,” said Taquet.

The second evacuation flight carried people of 30 different nationalities, most of them from Europe. Sixty-five were French.

The first planeload of evacuees from China arrived in France on Friday and are in quarantine at a resort on the Mediterranean coast.

Two passengers from that flight were identified as possibly infected with the coronavirus, but tests on them also came back negative.

Government spokeswoman Sibeth Ndiaye told France 2 television Monday that there are no more French citizens who have requested to be repatriated from China.

More than 17,200 people in China have been infected with the virus, which has spread to about 20 countries. There have been more than 360 deaths in China.

So far in France, six cases of coronavirus have been detected.

France and its fellow G7 countries will be discussing a joint response to the coronavirus epidemic, Germany’s health minister said on Sunday. – Rappler.com