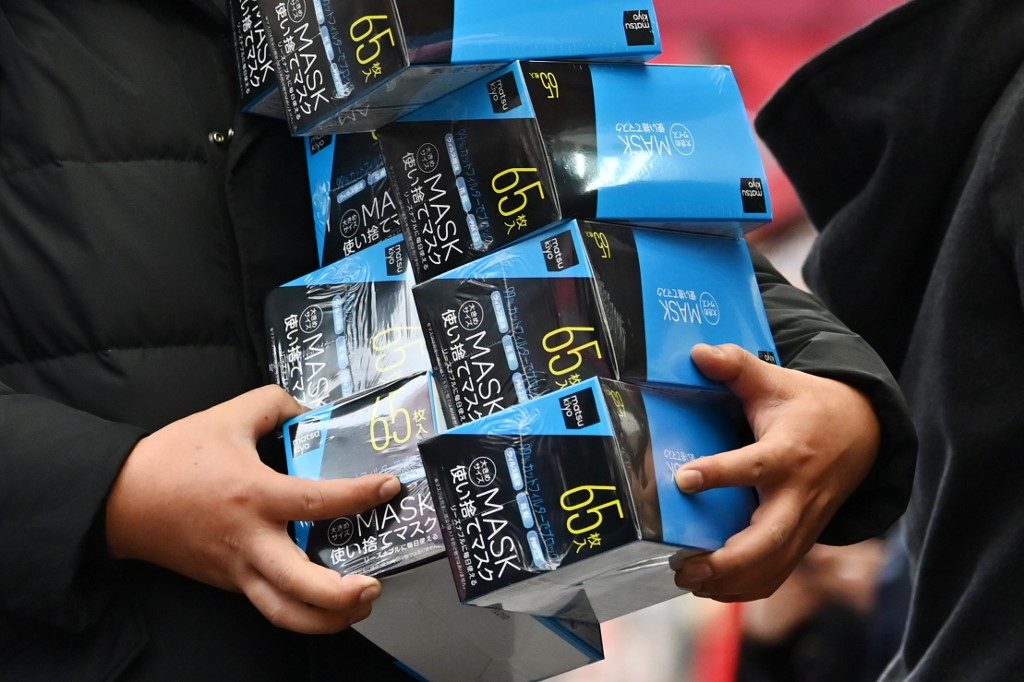 TOKYO, Japan – Japan has quarantined a cruise ship carrying 3,500 people and was testing passengers for the new coronavirus on Tuesday, February 4 after a passenger who departed in Hong Kong tested positive for the virus.

Television footage showed images of several quarantine officers entering the Diamond Princess cruise ship at the port of Yokohama on Monday evening, February 3 to check the health of all 2,500 passengers and 1,000 crew members.

The move comes after an 80-year-old passenger who disembarked on January 25 in Hong Kong tested positive for the deadly virus. (READ: China coronavirus death toll rises to 425 – gov’t)

A woman in her twenties who was sailing with her mother on the ship told private broadcaster TBS on Tuesday that all passengers “were asked to stay in their rooms to wait for virus tests.”

She said they had been waiting inside their room since Monday and had no word of when they would be tested as of early Tuesday.

After the ship arrived in Yokohama on Monday evening, passengers were told their departure from the area would be delayed by 24 hours, a passenger told Kyodo News agency.

The cruise ship has already been quarantined once, on Saturday, February 1 at a port in Naha in Japan’s southernmost prefecture of Okinawa.

But a second quarantine was organized after the man who disembarked in Hong Kong was found to be infected.

Since Saturday, Japan has been barring foreign nationals who have been to Hubei in recent weeks, as well as holders of Chinese passports issued in Hubei. Arrivals displaying symptoms of the new virus can also be denied entry. (READ: WHO declares international emergency over novel coronavirus)

A total of 8 foreigners have been barred from entering so far, Suga said on Monday.

The health ministry said as of Monday that 20 people in Japan have tested positive for the new virus, of whom 4 showed no symptoms.

Japan has flown more than 500 citizens out of Wuhan, the epicenter of the coronavirus. – Rappler.com